Viewpoint: Even though markets are scary, expect little long-term impact 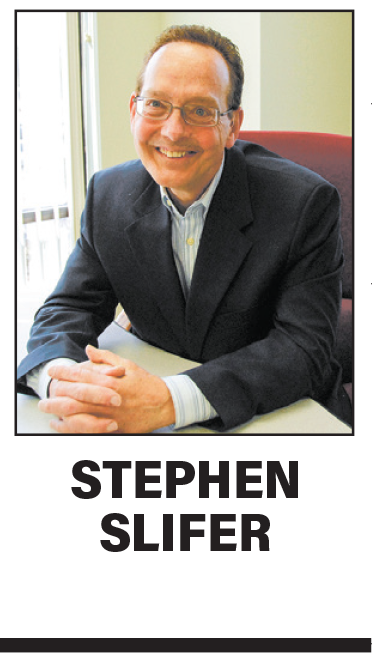 In the past couple of weeks stock prices have fallen 7% with wild volatility and bond yields have risen 0.5%. Layoffs rose in mid-January Air travel has fallen off sharply. Signs of trouble? We do not think so. The economy has hit temporary speed bumps in the form of COVID and bad weather.

But COVID is expected to soon begin a sharp decline. And bad weather will eventually give way to spring. A more long lasting effect is the Fed’s shift to a tighter monetary policy stance. But even in the worst possible case, real interest rates will remain negative for the foreseeable future. This is not a recipe for any long-lasting slowdown in economic activity. More likely we are seeing a temporary stock market dip that will be followed by a rebound in the months ahead.

The S&P has fallen by 7% which is still slightly short of correction mode. But corrections – while scary at the time – are a normal part of stock market behavior. Stock markets often experience a period of euphoria followed by a pullback. Unfortunately, stock market declines can also be a precursor of a recession. Are we are supposed to worry? No. The meaningful stock declines are caused by the economic fundamentals getting out of whack which induces aggressive tightening by the Federal Reserve. That is not the case this time. 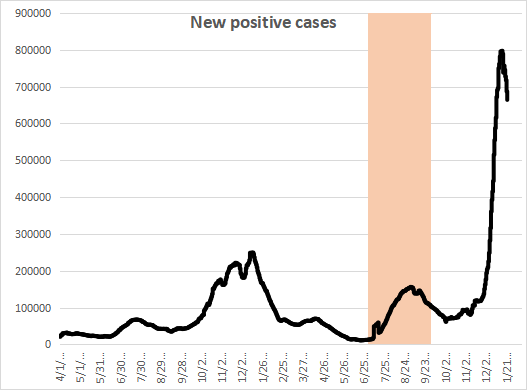 Since the COVID-induced recession in 2020, the stock market has often declined by about 5% but it quickly recovered and soon climbed to a new record high level. In our opinion, a correction is long overdue and is probably underway currently, but it should not be particularly troublesome. As we see it, the current stock drop was largely triggered by two factors, which will almost certainly be temporary.

The S&P reached a record high on January 3. The number of COVID cases began to surge in late December. If people got sick or were exposed they could not work. They had to stay home. If their kids got sick they had to stay home. The stock market slide began simultaneously with the beginning of the COVID surge. But COVID seems poised to begin a dramatic rapid decline.

In South Africa the Omicron variant began to spread rapidly in late November, reached a peak in mid-December, and by mid-January was back to where it started. The problem came and went in two months. The experience in the U.K. has been similar. If the U.S. follows a similar pattern the number of cases should begin to shrink in mid-January -- which appears to be happening right on schedule. For the next couple of months we should see a confidence-boosting decline in number of new cases daily. 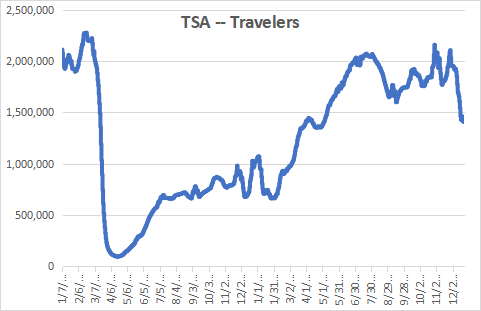 The weather turned bad a few days prior to Christmas. At the same time flight crews caught COVID and called in sick. As a result, airlines canceled thousands of flights during the usually busy holiday season. Then the bad weather worsened again. But bad weather has to be expected at some point in winter. But it will not be long before the weather returns to normal and, when it does, the economy will rebound – air travel in particular.

The upcoming shift in Fed policy towards a tighter monetary policy stance will not be temporary. We expect the Fed to hike rates four times in 2022 which would lift the funds rate to 1.0% by yearend, and four additional 0.25% rate hikes 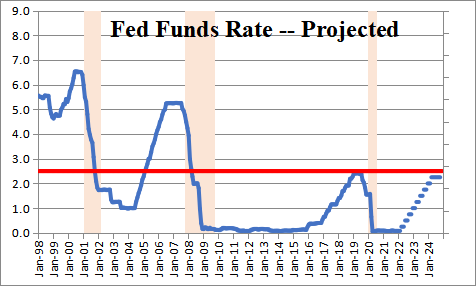 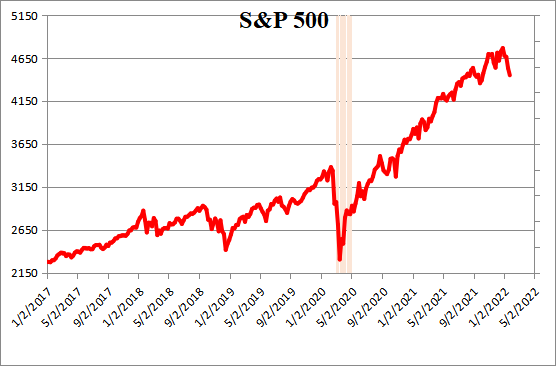 The second way the Fed will tighten policy is by shrinking its balance sheet. It needs to reduce its asset holdings to slow the rate of growth in the money supply which will, in turn, reduce inflation. But thus far the Fed has said only that it plans to slow its pace of purchases of securities in the first quarter and eliminate them by the end of March. It has also expressed reluctance to run off security holdings at the same time that it is raising interest rates. That would be a double whammy for the economy. Nevertheless, most economists expect the Fed to announce such a plan by midyear. But the Fed will proceed slowly at first. If that is the case, there will be little shrinkage in the Fed’s portfolio in 2022.

The stock and bond markets have sold off vigorously in recent weeks. Even if stock prices reach correction mode we should not worry much because rate levels are highly supportive of steady economic activity through the end of 2023.