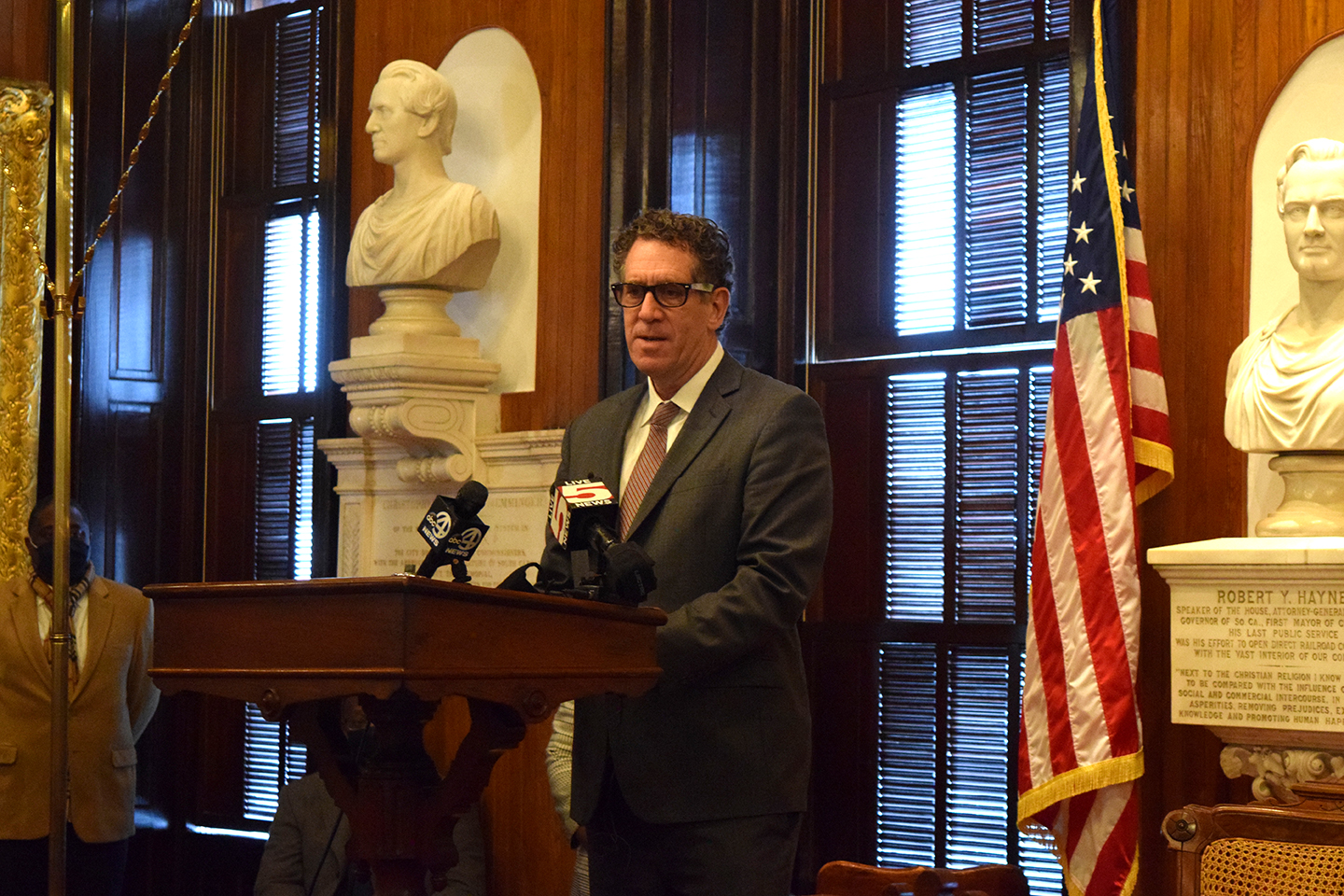 Sabatino Covollo started his pizza business in 2012 with a loan from the Charleston Local Development Corp. A decade later, another LDC loan is keeping his doors open again.

In January, the owner of Sabatino’s Authentic New York Pizza was one of five recipients in the initial deployment of Charleston’s LDC Revolving Loan Fund.

The fund was created in September to aid small, local businesses — especially women- and minority-owned businesses — that were hit hardest by the COVID-19 pandemic. Money came from an $850,000 grant from the U.S. Department of Commerce’s Economic Development Administration.

“When they shut down the city and sent the college kids home, I mean, we were making the money we made when we first opened, the first day,” Covollo said. “It was really, really bad, so we closed in April.”

Though he received funding from the Paycheck Protection Program and reopened his business May, takeout orders still didn’t suffice. The lack of tourism only furthered the hit to his King Street restaurant.

If it weren’t for the LDC Loan, Covollo would have shut down at Christmas.

“We wouldn’t have been able to pay employees for months, probably until the students came back,” he said. “We really had nobody coming around.”

To date, five LDC Revolving loans totaling $317,000 have been distributed among local businesses. There are 14 more in the pipeline requesting $338,000, according to LDC Director of Lending and Business Development Cindi Rourk. The pending applications have not been committed.

On Feb. 2 the owners joined Sabatino and CEO of the LDC Steve Saltzman at a City Hall conference. There, Charleston Mayor John Tecklenburg discussed the fund’s first deployment.

The mayor also disclosed there was more money to go around and encouraged business owners to apply.

Loans are uncollateralized with a 4% interest rate, which Saltzman said is below market value. They are available in amounts between $10,000 and $100,000. Additionally, because it is a revolving loan, the fund will be replenished once repayments begin.

“I’ve always tried to make the point that if we can keep our numbers down and remain healthy, our recovery will be more robust,” Tecklenburg said. “But it needs help. Many of our businesses were impacted over the last year by this virus.”

He added that since federal stimulus money has run out, the LDC Revolving Loan is needed now more than ever.

Saltzman said this was a pivotal time for the LDC to step in. Twenty months ago, he and Tecklenburg discussed the challenges the city faced, particularly how to support businesses owned by people of color and women.

“At the time we talked about how someone could take a dream or an idea and turn it into a commercialized business. The hair stylists who owned their own salon, creating multigenerational wealth and a business they can pass onto their children,” Saltzman said. “Little did we know nine months later we’d face an economic hardship we could have never imagined.”

Eligible businesses must have 25 or fewer staff members and be located in Charleston County, with preference to those within the city limits. Owners also must demonstrate an annual revenue of less than $2.5 million per year pre-pandemic and prove an adverse impact to their business because of the coronavirus.

Suggested use of funds can include working capital, hiring and retaining employees, development of new business models and business improvements that comply with COVID-19 safety precautions.

For those seeking loans, LDC’s loan officers will sit down with every borrower to come up with a viable and tailored recovery program. Three years is an average term, Saltzman said.

“It’s critical we help these businesses recover,” he said.