Al Parish, Bernie Madoff to be jailmates in N.C.

In a made-for-TV moment, two Ponzi rip-off artists have landed in the same federal prison in North Carolina.

The Lowcountry’s notorious Ponzi schemer and former Charleston Southern University economist, Al Parish, has been serving a 292-month sentence at Butner Federal Correctional Complex for swindling hundreds of investors out of $66 million. 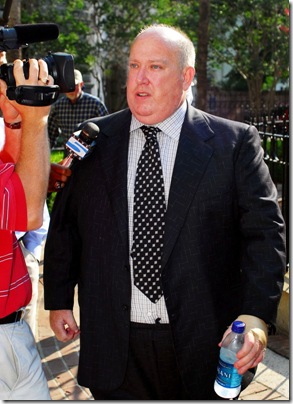 While the once oft-quoted economics professor has become one of the biggest con-artist stories in South Carolina — even landing him on an episode of American Greed — in terms of scale, Parish’s theft pales in comparison to one of the newest of Butner’s financial criminals.

Bernie Madoff was sentenced to 150 years and could be required to pay $170 billion in restitution. Prosecutors said Madoff took $50 billion from investors in a Ponzi scheme.

Much like Parish, Madoff promised outlandish returns on his clients’ investments. But unlike Parish, Madoff didn’t invest in jewel-encrusted pens and clown art as tangible evidence of how he spent the money. Calling the crimes “evil,” the judge in Madoff’s sentencing was clear in his rejection of the 71-year-old con artist’s request for leniency.

“Here the message must be sent that Mr. Madoff’s crimes were extraordinarily evil and that this kind of manipulation of the system is not just a bloodless crime that takes place on paper, but one instead that takes a staggering toll,” said U.S. District Judge Denny Chin.

Even though the Butner complex is partly a medical facility and has a reputation of being one of the better places to serve out a federal prison term, Parish and Madoff also will be housed with some more violent criminals. Omar Abdel-Rahman, known as the “Blind Sheik” and the mastermind behind the 1993 World Trade Center bombing, and former head of the Colombo crime family, Carmine Persico, are serving time at Butner.