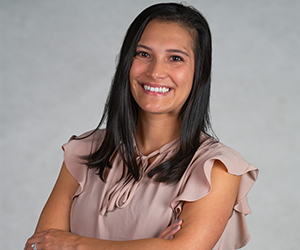 Volvo Cars USA’s bid for tax breaks for some Upstate investments is part of the company’s efforts to prepare its Ridgeville plant for building its new and fully electric flagship SUV. 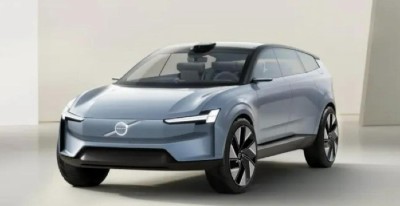 Volvo CEO Jim Rowan says the EX90 ushers in a new era for safety for Volvo drivers and passengers.

“Born electric, born with lidar. The start of a new era of electrification, technology and safety,” Rowan said in a video presentation at the end of September. All Volvo EX90s will come with a combination of the latest technology powered by an understanding of the car’s outside environment and the person driving the vehicle, the company says.

“We’re yet to achieve our safety vision: that no one should be killed or seriously injured in a new Volvo car. To continue our journey toward zero, we’re introducing innovations that will change how we all see safety,” Rowan said.

Rowan promises in the video that this next-generation SUV is beyond any of its Volvo predecessors.

“With the state-of-the-art technology, made up of cameras, radars, ultrasonic sensors and, key, a lidar in the roofline, which is a precision light-enabled radar system that measures distance with pulsed laser, all of which combined will give us more time to act and avoid collisions,” he said.

Ordinances authorizing the execution and delivery of the FILOTs — fees in lieu of taxes — between Volvo Cars USA and Greenville and Spartanburg counties were unanimously approved by the counties’ councils in late September, moving the proposals forward for final votes at upcoming meetings. The final votes are anticipated within the next few weeks.

Volvo Cars USA plans to invest upward of $62 million in existing businesses that supply the automaker.

The investment is part of Volvo’s plan to ready Ridgeville for building the EX90, which is set to debut on Nov. 9, said Katherine Bergmann, Volvo Cars U.S. Operations head of communications and community relations for the Charleston Plant.

“This type of investment is common in the industry and will have a positive impact on the economy,” Bergmann said. “We’re always looking to support the local community.”

This is a new investment that will generate tax revenue without putting a strain on existing infrastructure in the county, Bergmann added.

Volvo cars in the United States are available through a national network of nearly 300 independent retail partners.

Both counties are considering the FILOT agreements with Volvo in return for the company’s significant capital outlay plans, according to the agreements. A Greenville Area Development Corp. statement on Sept. 20 clarified reports of a new factory, stating clearly that the investment is not to build new Volvo plants.

In the automotive industry, strategic investments are often made by brands such as Volvo with select suppliers to have certain work, such as tooling or mold preparation, done at the facilities of those partners, which is the case in this pending agreement with Greenville County, the statement said.

Ultimate decisions on staffing and job creation will be made by the partners at the chosen locations where Volvo’s investment in equipment and site preparations will take place, the statement said.

Public hearings were held at the Greenville County Council regular meeting Sept. 20 and at the Spartanburg County Council regular meeting Sept. 19. The pending agreements were on the meeting agendas to discuss granting the Swedish car manufacturer the proposed FILOT agreements as part of the project previously referred to under the code name “Project Iron” for Greenville County and “Project Whirlwind” for Spartanburg County. The agreements call for the company to invest at least a combined $50.6 million in the counties over a span of five years.

Resident concerns over the project were heard at the public hearings.

“FILOTs are analyzed by the county, and they won’t get approved if it’s a detriment to the county, financially,” said Sam Patrick, president of Patrick Marketing & Communications Inc., an outside marketing team for GADC. “This deal is a financial win for Greenville County over time.”

Sites listed in Greenville County documents by Volvo include 120 Moon Acres Road in Piedmont and 800 Woodside Avenue in Fountain Inn. The Piedmont address is home to Magna, an industrial machinery manufacturer that works with Volvo already, while the Fountain Inn address is home to Wirthwein, an international plastic injection molding service company, according to the statement. According to Spartanburg County’s agreement, the sites there include 1 Austrian Way and 1000 Robinson Road, both in Spartanburg, and 1200 Woods Chapel Road in Duncan.