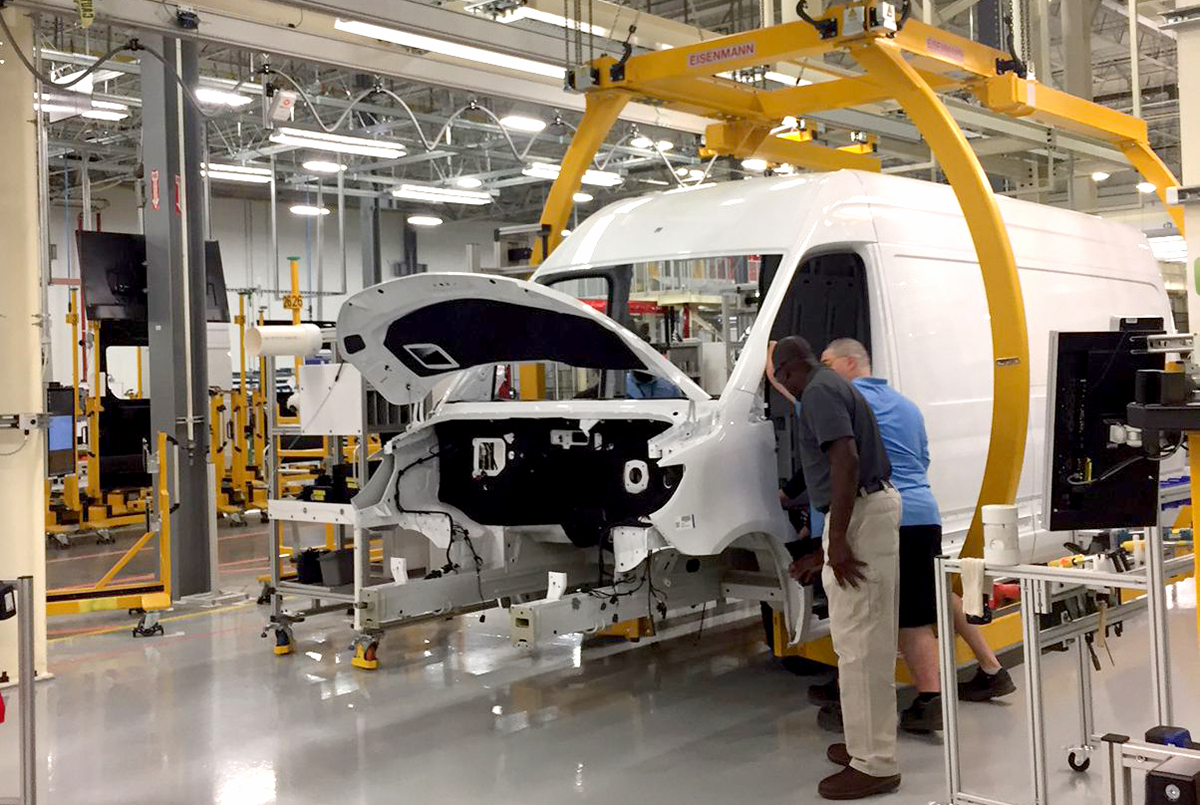 The College of Charleston is preparing for the future of this industry by launching an electrical engineering degree with a focus on autonomous electrical vehicles. This will be the school’s second engineering program and will be offered for the first time in fall 2021.

Through the program, students will get hands-on experience, learning about what goes into building an autonomous electric vehicle, how to make it move, functions of all the sensors and wiring and everything in between, said Sebastian van Delden, dean of the school of sciences and mathematics.

“It’s only a matter of time before self-driving cars are a day-to-day thing,” van Delden said. “Over the next 30 years or so, it’s going to explode and be a huge industry, so we’re introducing this program here and now.”

“This will be very important for supporting economic development in our region, especially with Mercedes now building the vans here; we have Volvo making their vehicles here in town,” van Delden said. “We’re distinctive from programs across the nation because of our location, because it’s very unique for a university to be surrounded by so many high-tech manufacturing companies.”

As part of the program’s offerings, the College of Charleston has partnered with companies and manufacturers in the region to assemble an industrial advisory board. Members represent companies such as Boeing Co., Mercedes-Benz Vans, Bosch, Volvo Cars and Google.

While board members are expected to attend a meeting twice a year — the next being May 14 — and help develop curriculum according to evolving industry standards, van Delden said the hope is for members to provide mentorship to students as well.

During their senior year, students are expected to complete a yearlong capstone course with the supervision and guidance of an industry mentor. Van Delden said he hopes board members will actively engage in these projects and involve students into their companies to experience real-world applications of their coursework.

“You can recruit students in your backyard now because they are right here studying close by,” van Delden said. “It makes it easier for them to get an internship with you to learn about your business model, your processes, your technology stacks; and when they graduate, it makes the onboarding process so much easier to have those students join.”

In addition to providing students with opportunities to work directly with industry leaders on real-life projects, the program will also prepare students for an international workforce.

Students will be required to take four semesters of a foreign language. They will also have the chance to study abroad at the University of Ireland or the Heriot-Watt University in Scotland for a semester in their sophomore year.

“Engineers nowadays have to work in diverse teams to solve problems that have societal, global, ethical impacts, so that aspect of the education is very important,” van Delden said. “The BMWs and Mercedes and other global companies are very excited about that aspect because should a student take their foreign language coursework in German, they would be a great fit for an internship or full-time job at one of these companies that have presences in South Carolina.”

The first two engineering faculty members are both women of color. Olufunke Oladimeji is teaching engineering graphics for the systems engineering major, and Kebin Xu signed her contract late last month to transition from computer science starting in August. Phoebe Bickford, a development engineer at Bosch and the president of the Lowcountry Society of Women Engineers, also is taking part in the advisory board.

“In my experience teaching at the College of Charleston, I noticed that we have so many women students, so it’s good that we can open the door for more women to join the STEM courses through this program,” Xu said.

Of the 10,000 students enrolled at College of Charleston, about 68% are women, van Delden said. Women also make up about one-third of the engineering program.

Seeing this success, van Delden said he hopes to see 50 students enrolled across both programs by next year, and eventually expanding to 500 students to match the school’s computer science department.

So far, $250,000 has been invested to support engineering scholarships and recruitment efforts from industry partners like BMW and Google, as well as individual donors.

The college plans to introduce new engineering programs in the future, with programs that capitalize on its proximity to local institutions, like the Medical University of South Carolina, van Delden said. Eventually, the goal is to also establish a new school of engineering and computer science so that technical programs can have their own facility.