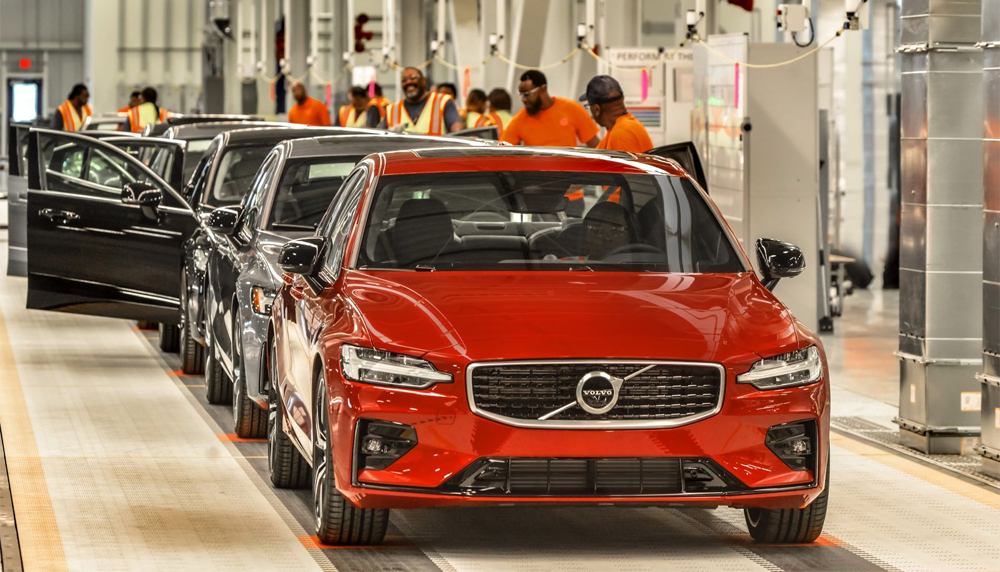 Over the next three years, Volvo Cars expects to hire and train around 2,500 more workers and build onto existing buildings to accommodate a second vehicle — all within a few years of beginning U.S. production.

“We’ll start building the next-generation XC90 in 2022, so we’ll have to do a big influx of hiring in 2020-2021,” Volvo Cars spokeswoman Stephanie Mangini said during a recent plant tour.

The overall site currently produces about 24 cars per hour, putting the plant on track to produce 50,000 cars in its first year and setting the stage for increased car production and campus expansions in the next several years.

“We’re already working on the project plan for what that’s going to look like and how we are going to have to shift some things to be able to support that growth,” Mangini said.

Preparations are expected to begin on the Berkeley County site in the next year. The biggest expansion will be to the 500,000-square-foot body shop, which will require additional square footage. The 900,000-square-foot final assembly shop will also need to expand. The company declined to say how much would be added.

The 700,000-square-foot paint shop was built with a second vehicle in mind, but the building will require some interior enhancements, Mangini said.

The Volvo Car Charleston Plant has 1,500 workers producing S60s currently, signifying that the Sweden-based, Chinese-owned automaker now produces cars in the U.S. for the first time.

The 1,500-person workforce is below the projected 2,000 workers that were originally announced, but Mangini said that the workforce is sufficient for the current production rates.

Several production workers said the launch of both a new plant and new vehicle enticed them to work at Volvo. For Miguel Garcia, a production supervisor in final assembly, it was the opportunity to work on something from the ground up and watch it grow over time.

“We get to build something brand new,” Garcia said. “We are building something from nothing.”

‘Working as a team’

Six different robotic arms twist and turn, maneuvering in and out of the metal frame of what will eventually be a Volvo S60. Sparks shoot out as the robots weld parts together. Nearby, two body shop workers secure a hood onto a car. 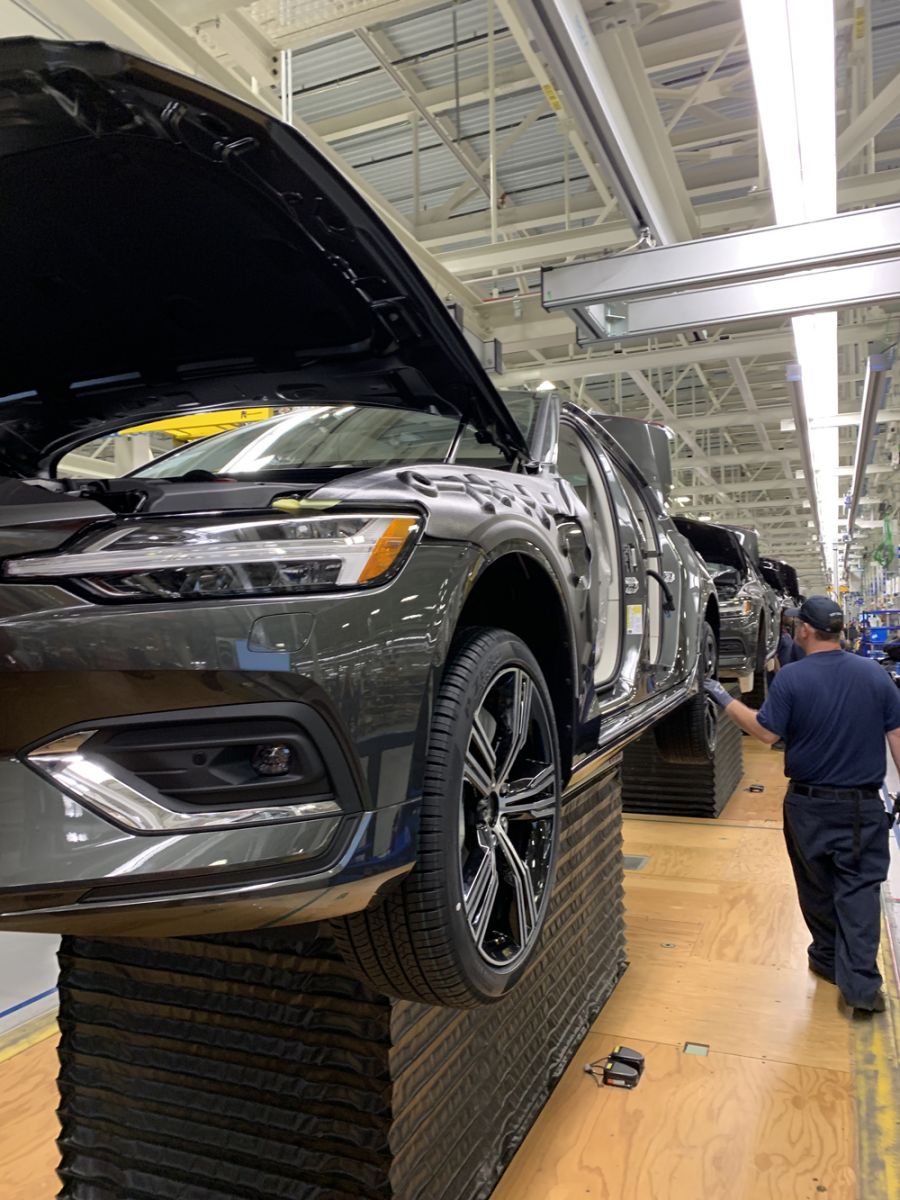 The body shop is relatively quiet, with 300 robots and 200 employees working alongside one another to build cars. It is the site’s most automated building, and the first stop in S60 production, which began in September.

Completed car bodies move through a covered tunnel several stories aboveground, into the paint shop. Workers in charge of painting the vehicles get blasted by air upon entering the building to remove any dust or debris. They wear special clothing covers and are restricted from wearing certain deodorants or fragrances that could interact with the paint.

Newly painted vehicles then move through the overhead tunnels into the final assembly building. The shop is expansive, noisy and bustling with activity as 650 employees perform numerous jobs to produce finished vehicles.

Vehicles move throughout the building on a second-floor conveyor belt and then drop down at various workstations onto another conveyor belt on the plant floor. Production employees work quickly to finish their designated jobs while the vehicle is at their station.

New hires get a feel for this sense of urgency during an eight-hour course at Volvo’s on-site training center, where they work on a mini assembly line and screw in parts to wooden cars.

Johnathan Douglass, technical training specialist at readySC, said this process teaches new hires how to do the job, as well as how to suggest process improvements, communicate with co-workers and solve problems on the line.

“They want everybody involved working as a team,” Douglass said of Volvo, “because if everybody is not involved, the assembly line doesn’t move, plain and simple.”

New hires take safety classes, curriculum coursework and hands-on training, both at the training facility and on the assembly line. Completing each production task safely and quickly is crucial on the plant floor, according to numerous production workers and readySC workforce trainers.

“My first priority is to watch out for my team,” said Ken Lew, a production team lead in the final assembly shop. “We want everyone going home the same way they came in. ... I also tell my team: ‘When you build this car, build it like your whole family is in it.’”

Workers needing assistance pull a lever at their stations, which triggers music — such as Michael Jackson’s Thriller or Queen’s We Will Rock You — to play over speakers; this momentarily halts the line until the issue has been resolved.

“We’re teachers and we’re teaching each other,” Lew said. “We’re building this company from the ground up.”

Each vehicle undergoes inspections and initial tests in final assembly, and then another team takes vehicles for test drives on Volvo’s track.

Finished vehicles await pickup from trucks that take them inland to dealerships or to the Port of Charleston.

Volvo began sending cars to North American dealerships late last year and exporting to global markets in March. Half of the S.C.-made S60s will go to North American customers and half are exported to nearly 100 countries.