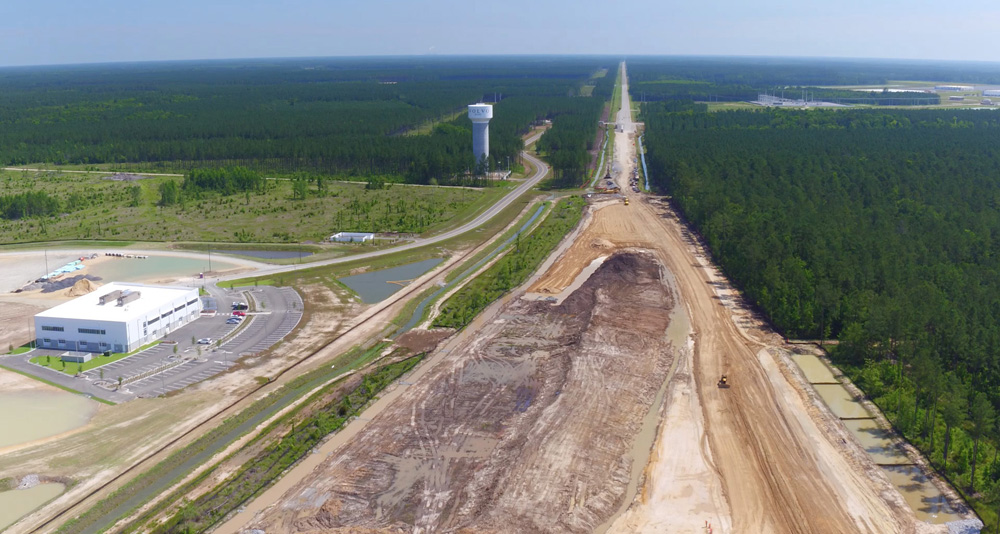 Santee Cooper plans to develop the Camp Hall tract in Berkeley County — which encompasses the Volvo Cars campus — as a mixed-use industrial park with onsite amenities for tenants, including a health center, day care, shops and restaurants.

Santee Cooper bought the 6,800-acre commerce park to attract Volvo to South Carolina, which chose the site in 2015. The Sweden-based automaker has been building its automotive campus on 1,600 acres over the past several years.

Volvo expects to unveil the first S.C.-made S60 sedan this month and begin full production by the end of the year. The company plans to produce a second vehicle, the next-generation XC90, on the site in 2021. The additional production will increase the company’s overall investment to $1 billion and its workforce to 4,000 employees.

Beyond the Volvo facilities, the Camp Hall tract remains undeveloped. The site has 1,300 mostly wooded, developable acres and 1,950 acres of preserved land, Santee Cooper said. It sits along Interstate 26 off exit 187.

Santee Cooper’s vision for the commerce park involves more facilities opened by industrial tenants; a hub of amenities for employees’ and nearby residents’ use; walking and biking trails throughout; and preserved natural areas. Santee Cooper said it plans to restore 365 acres of wetlands, including re-establishment of the headwaters of Timothy Creek.

The utility wants to sell off parcels to companies to build their own facilities.

Santee Cooper also wants to sell sites to private developers to handle the design-build of community and commercial spaces. Plans call for a “Village Center” — a central location to house community services like a health center and a day care — as well as dining options and stores. The plans also include a network of trails, open spaces for community events and Wi-Fi throughout the site.

Officials said on-site amenities will help recruit companies to the site and attract employees to work in the area.

“When we began mapping out Camp Hall, we did our research. We asked industrial workers what they wanted most in a workplace,” said Stephen H. Mudge, a member of Santee Cooper’s board and chair of its property committee. “They want on-site wellness and health centers, walking trails, and places to eat and shop. By planning around a Village Center with those conveniences, we are building a commerce park unlike any other I’ve seen.”

Work is underway to add infrastructure to the park, including new roads and a new exit off Interstate 26 for Volvo traffic, as well as for future tenants.