Volvo focuses on workforce as it preps S.C. site 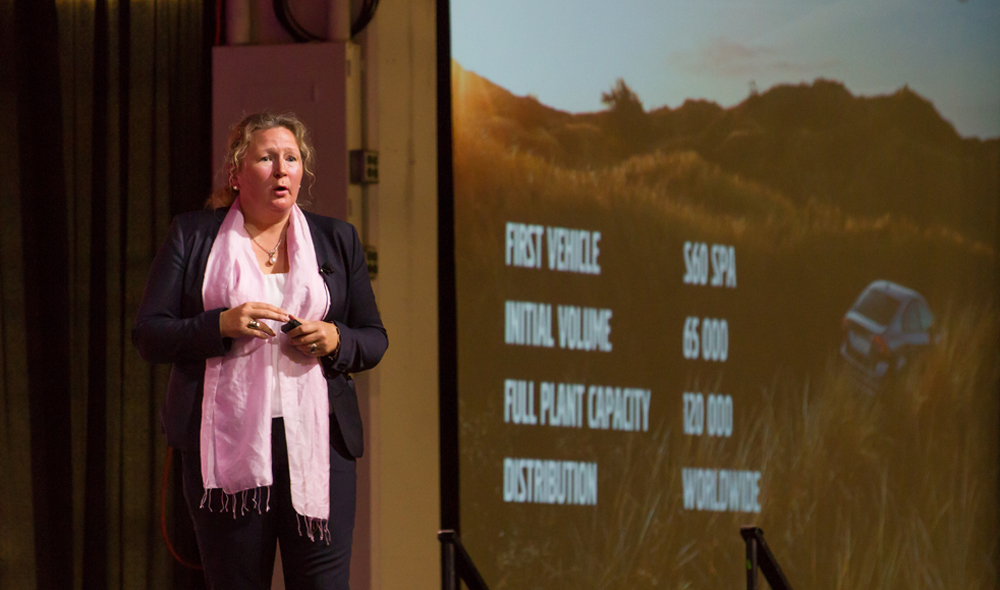 Many S.C. manufacturers are hiring as much as 70% of their workforce from outside of the state, according to Katarina Fjording, a Volvo Car executive charged with leading the automaker’s future Berkeley County operations.

“When I talk to some of the major manufacturers in South Carolina and ask them, ‘What’s the percentage of people that you take in outside of the state and outside of the South?’ ... They say 60 to 70% (of their workers) are from North America or from Europe. That’s huge,” Fjording told hundreds of businesspeople during the S.C. Manufacturing Conference last month in Greenville. “That also means there’s a huge opportunity.”

Fjording, the vice president of purchasing and manufacturing for Volvo Car U.S. Operations, said the state needs more homegrown assemblers, technicians and engineers to fill the thousands of jobs being created at advanced manufacturing facilities.

She said education and training efforts need to focus on getting more South Carolinians to graduate with degrees in science, technology, engineering and math and to undergo vocational training to be qualified to work the assembly line or production floor. To help fill the workforce pipeline, Volvo is considering taking interns from area colleges.

“We need key talent,” Fjording said. “I know this is a concern in the community, and I know there are a lot of people here who are working on this, but I can’t stress this enough. ... Anything that is between the guy that works on the line and the Nobel Prize winner, we need it all.”

Volvo’s future automotive campus near Ridgeville will be the only site globally to produce the new S60 sedan, which Fjording described as a sporty, midsize vehicle. The S60 is currently being developed in Sweden.

Volvo needs 400 car parts suppliers to produce the first-ever S60 sedan. Around 200 of those suppliers already exist in the United States or Mexico, and some of those plan to relocate to the Southeast or South Carolina within the next few years, Fjording said.

Some needed suppliers have already been identified in South Carolina and neighboring states. Others are being recruited to the area to open operations in the state. The remaining parts will be sourced globally.

Fjording said she sees opportunities to attract automotive tooling and equipment manufacturers and suppliers to the region to support Volvo operations.

And although the state’s workforce development programs — such as the tailored curriculums found at the technical colleges or through ReadySC — and S.C. universities’ engineering programs are making great strides to fill the automotive pipeline, Fjording said more trained workers are needed to sustain the growth and attract the supplier base OEMs rely on.

“Some suppliers would love to be in our backyard, but they are really wary. They don’t necessarily want to be close to us if there are no guarantees that they can get a sufficient amount of workforce on all levels,” Fjording said. “Also, be careful what you ask for. The state has proven that you’re extremely good at attracting large companies — with that comes a lot of people. So if all my suppliers who aren’t here want to come here, and they are given great incentives, can we handle it from an infrastructure standpoint? It is a huge opportunity, but we also need to be ready for it.”

Construction on Volvo’s 3,000-acre industrial campus within the Camp Hall Commerce Park has been underway for months now. Once the company’s S.C. operations launch in 2018, the facility will produce 65,000 cars annually and employ 2,000 people. About 30,000 of those initial 65,000 cars produced will be exported.

Volvo plans to expand to 120,000 cars produced annually and an estimated 4,000 employees as volumes grow.

“We are setting ourselves up to be fully global now. When we get this plant in Berkeley County running, we will have a major manufacturing footprint in all three major regions,” Fjording said, referring to Europe, Asia and North America.