Balfour Beatty has been selected to be a part of the design-build team to deliver The Bridge at Calhoun in Bluffton. 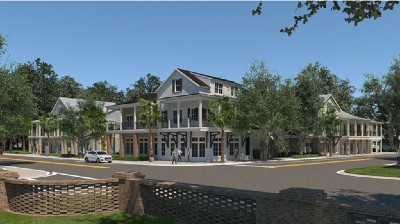 The Bridge is a retail, restaurant and residence project of Cunningham South Carolina LLC and Core Development, according to a news release. Construction is projected to be complete in 2024.

Bluffton is a rapidly growing Lowcountry town six miles from Hilton Head Island and situated along the May River, an Atlantic distributary. The Bridge, not far from Old Town Bluffton, is bringing a mixture of dining, shopping and living spaces, with an emphasis on developing ownership in underrepresented populations of women and African American entrepreneurs and restauranteurs, the news release said.

The Bridge, a $1.5 million project, will comprise three buildings united by a Southern coastal architectural style in homage to the original structures, the release said. In these buildings, Balfour Beatty, along with design partners Court Atkins Group of Bluffton and J. Elder Studio of Savanah will design and build out five new restaurants and retail stores that match The Bridge’s community-focused ethos. Additionally, the design-build team will provide walking access to the May River promenade and Calhoun Street public dock.

“Balfour Beatty’s team in Savannah is excited to work with our design partner to deliver The Bridge at Calhoun in Bluffton,” Ronnie Hall, Balfour Beatty project executive in Georgia, said in the release. “Our team has extensive expertise in constructing mixed-use buildouts while retaining the architectural charm of original structures. We look forward achieving our client’s goal of improving shopping and dining offerings for the fast-growing community that Bluffton locals and visitors can enjoy for years to come.”