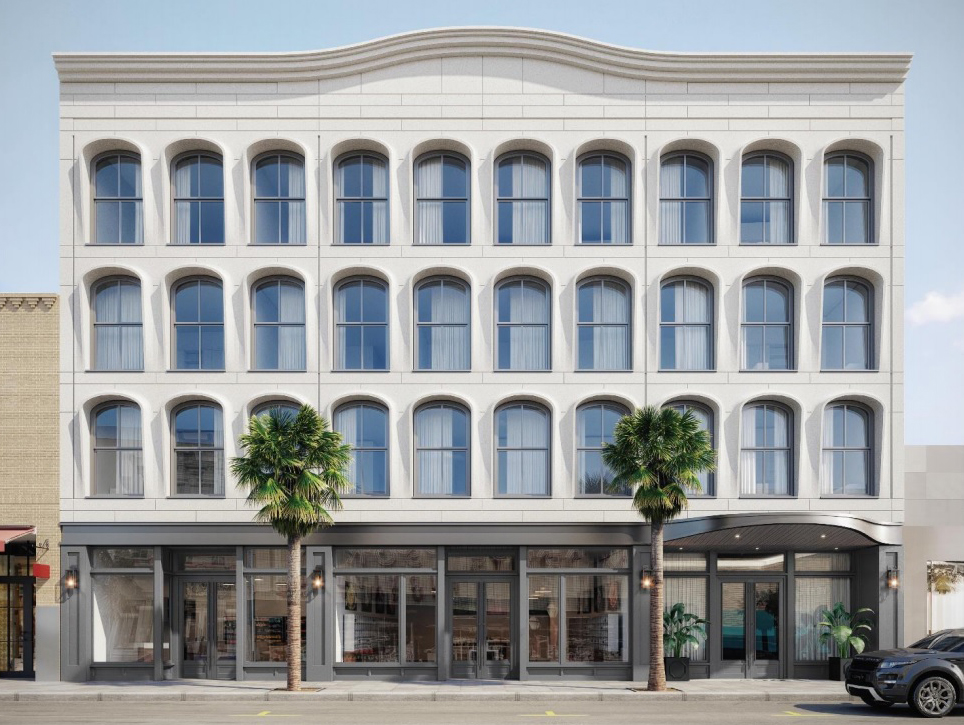 Charleston’s Board of Architectural Review – Large gave final approval Wednesday for construction of a new hotel at 529 King St., in the former Dixie Furniture space.

The new hotel, between Morris and Cannon streets, will contain 50 rooms in four stories and a penthouse, with retail space and a rooftop lounge area, according to design plans.

A previous motion passed a preliminary approval of the board in September, pending reduction of the penthouse's visibility from King Street, among several other smaller changes.

Representatives from LS3P Associates, the architect for the project, said at the meeting on Wednesday that the penthouse has been lowered by a foot in the plans.

Erin Minnigan, director of historic preservation at the Preservation Society of Charleston, said the society continues to feel the architectural direction of the project is positive and that the building will be a nice addition to King Street. However, she added her own concerns about the height of the penthouse.

“We do not feel the reduction of height by 1 foot adequately addresses the board’s direction to reduce its visibility, and we feel the penthouse should be further reduced,” Minnigan said.

Other concerns the board and city staff had regarding the design were minor, such as the material for certain doors and the use of electric lanterns versus gas. The board said the design had addressed all those concerns.