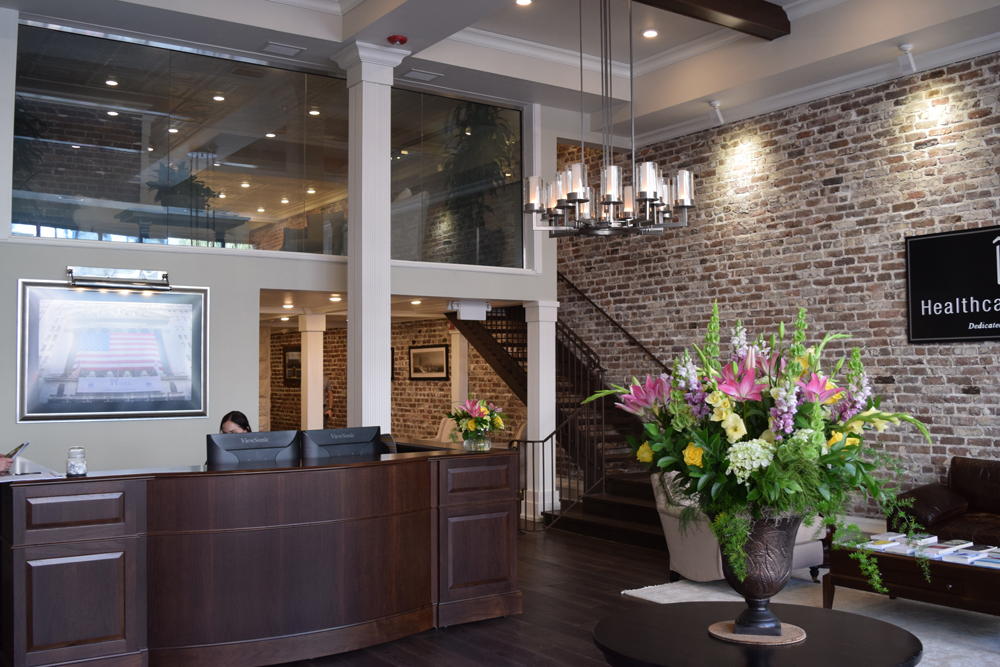 One of the few buildings in Charleston with a front entirely of glass, 39 Broad St. stands out from its neighbors as one of the more modern-looking buildings on an otherwise historic street.

The building is currently home to the East Coast headquarters of Healthcare Trust of America Inc., an owner and operator of medical office buildings across the U.S., but it has seen a lot in its 127-year history.

Built as the headquarters for Exchange Bank & Trust in 1891, 39 Broad St. was one of the first buildings in the city to move away from Romanesque Revival architecture and toward the characteristics of skyscrapers emerging in larger cities at the time. The vertical windows especially were a precursor to the “banding” that became important to skyscrapers of the early 20th century.

As time took its toll on the building and styles changed, the building was transformed into a retail space on the ground floor, complete with the floor-to-ceiling glass front, and offices on the second and third floors.

When Scott Peters, CEO of Healthcare Trust, first stepped into 39 Broad St. in 2015, he said his eyes lit up and he saw the potential that the building held for his company.

Kelly Muxworthy, who was vice president of corporate communications at the time, said she was a little more wary about the prospect of renovating the historic building — Muxworthy had hoped for a move-in-ready building — but she trusted Peters’ vision.

“I was excited about it because of the location, and I did see potential ... but I don’t think I had the spark as much as Scott did,” she said. 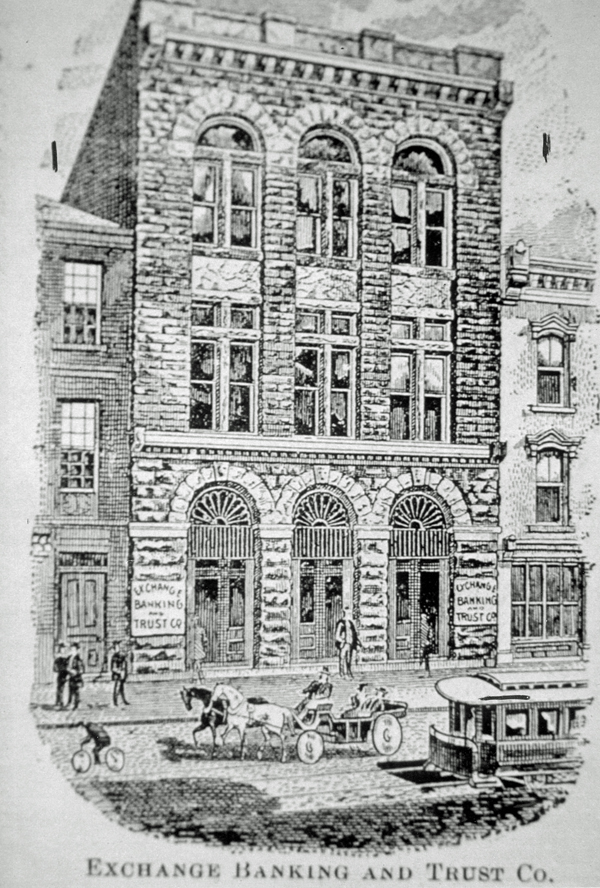 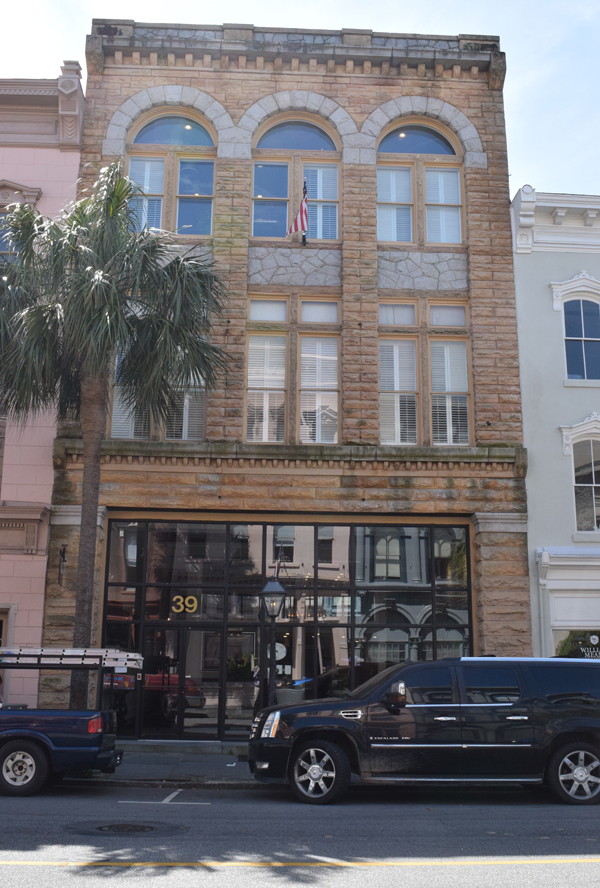 When Healthcare Trust bought the building — which Peters said he wouldn’t have done if he hadn’t also been able to buy the parking lot behind 39 Broad — its aesthetic reflected the 1970s. Peters said in renovating the building, he wanted to “modernize it and yet keep the feel of the Charleston area.”

A particular focus, he said, was to accentuate the history of the building, which meant taking down many interior walls in the building to uncover the original brick foundation.

The company also raised the ceilings in the hallways, exposed some of the arched windows on the second and third floors that had been covered by previous interior renovations, and retrofitted the bathrooms to be more modern.

“We brought out the flavor of the building,” Peters said.

He added that the only delays on the project stemmed from the company’s unfamiliarity with the Charleston construction industry — how busy it is and the Charleston-specific regulations that the company had to work with, such as historic preservation. Most of the design work was done by Healthcare Trust’s in-house team, Muxworthy said, because Peters had a specific vision for how he wanted the building to look. 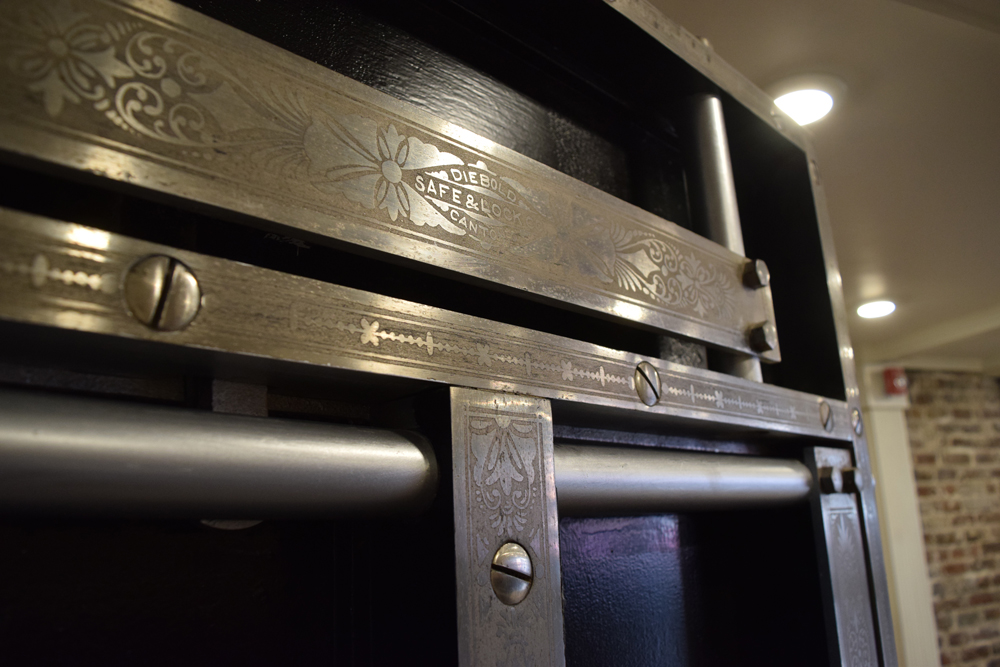 “The way we designed it was we would walk through, and Scott would say, ‘I want this ceiling higher,’ and our construction manager ... would say, ‘OK, we’ll see if we can do that,’ ” Muxworthy said.

Construction on 39 Broad St. began in January 2016, and the building reopened in September of that year.

Peters said that although the glass front on the first floor doesn’t fit with the history of the building, the company could keep it because it had been installed prior to any of the company’s renovations.

Christopher Cody, manager of advocacy for Historic Charleston Foundation, said there’s another reason that Healthcare Trust was allowed to keep its glass front: glass is actually better for historic preservation.

Cody said the glass allows passers-by to clearly distinguish what is and isn’t historic about the building instead of trying to mimic what the building may have looked like in the late 19th century and creating confusion.

“You don’t want to go in and try and recreate and use materials that might confuse a layperson or someone walking down the street as to whether it’s always looked that way,” he said, adding, “You never want to confuse as to what is historic and what is not.”

Cody said Healthcare Trust’s rehabilitation of 39 Broad St. is a good example of what the National Park Service calls adaptive rehabilitation, which means tailoring a historic building for modern use.

“There are many creative ways that buildings can be acceptable and attractive for modern use while retaining all their historic character and integrity,” he said.

There are two different processes in the city of Charleston that people and companies can go through to restore or rehabilitate a building.

The first process, and the one that Historic Charleston Foundation encourages, uses federal historic tax credits to finance the renovation. The reason the organization encourages this process, Cody said, is because it requires photos and paperwork to be submitted to the National Park Service, which captures a record of every inch of the historic building.

“There are many different successful examples of approaches taken to the historic buildings, not just in Charleston, but all across the country,” Cody said. “While we most ardently support using the tax credit path and are tireless advocates on the national stage for the retention of those tax incentives ... the goal is to have these buildings in service and to have them continuing to contribute to the public for centuries to come.”