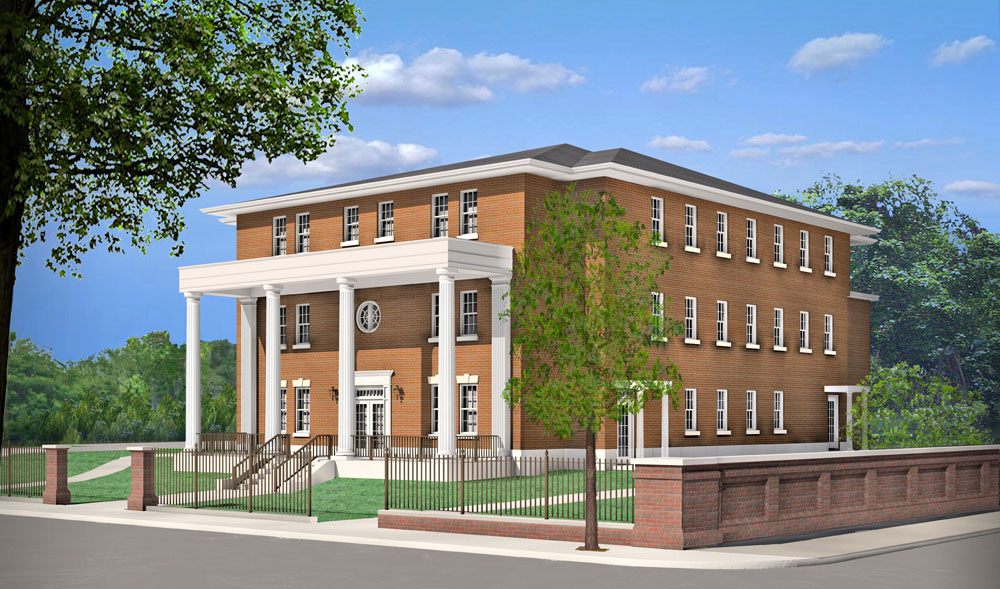 A $6.8 million Fisher House that’s expected to open by the end of the year about a mile from the Ralph H. Johnson VA Medical Center could help VA patients just as much as their family members who will stay there.

The Fisher House Foundation has built more than 70 houses throughout the world near major military and VA medical centers. Family members of patients in those hospitals can stay at the houses for free while their loved ones receive health care.

“There’s all kinds of evidence out there that demonstrates that when families are involved in health care, patients get better quicker, patient moods and patients’ willingness to participate in therapies and other things that will allow them to heal certainly improve,” said Scott Isaacks, director and CEO of the Charleston VA.

The Charleston Fisher House — one of nine Fisher Houses to be built this year — will be at 150 Wentworth St., which is the former site of McAlister-Smith Funeral & Cremation.

“As we all know, in Charleston, from time to time, it is such an attraction that getting a hotel room downtown and near the VA Medical Center for the per-diem rate can be more than a challenge,” said David Coker, president of Fisher House Foundation Inc.

The 14,000-square-foot home will include a common kitchen, laundry facilities, dining room and living room in addition to 16 suites with private bedrooms and bathrooms. Each suite will be handicap- and wheelchair-accessible.

“What we try to do is build that home away from home,” Coker said. “We very much want it to feel like a home environment, rather than an institutional one, and one that when somebody walks through the front door they know that there are others who care about them, want to support them in their time of need, and appreciate and
honor their service.”

This will be the Fisher House Foundation’s first three-story house. The foundation’s typical house is two stories tall and costs about $6.2 million to build, Coker said.

Downtown Charleston’s architecture and urban environment prompted the foundation to move away from its typical design. The foundation worked with the Preservation Society of Charleston, Harleston Village Neighborhood Association, city staff and other groups to come up with designs for a three-story, brick building with a two-story, columned front porch. 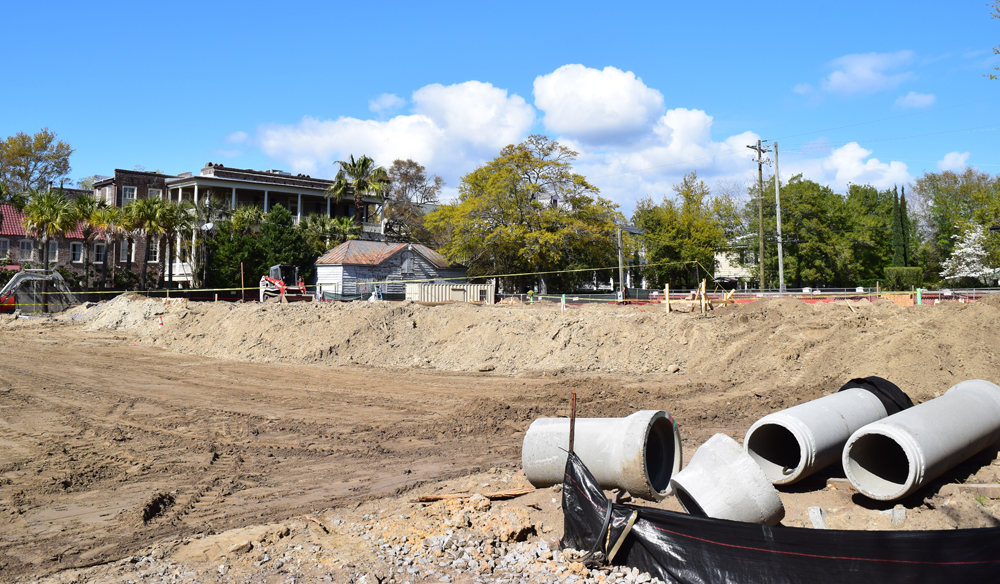 Carl Zarrello of DesignTech Associates in New York City is the project architect, and Tony Garczynski Development in California is the general contractor. The companies work on other Fisher House projects as well.

“It is just a real statement about wanting our veterans to have the best of the best,” Isaacks said. “It’s not just a plain-old hotel room; it’s so much more than that, just a beautiful, beautiful facility. I know this one will be just as beautiful as the many others out there.”

About 190 jobs will be created during the construction of the house, Coker said. After it opens, Charleston VA Medical Center staff will manage day-to-day operations of the house, which will be owned by the VA.

“We’re in the process of looking at that,” Isaacks said. “We will have, obviously, a house manager and coverage for the house at all hours. (We’re) looking at some different options on maintenance and housekeeping and other things. We don’t have exact numbers on staffing yet, but numerous staff will be hired.”

Lowcountry husband and wife Trux and Durbin Emerson founded the Harbour House in 2012 to build a facility similar to a Fisher House. At the time, the Emersons weren’t aware of the Fisher House Foundation. They just wanted to build a home like the Ronald McDonald House but for veterans, Durbin Emerson said.

“Both of us went through our college years during the Vietnam era, and that had a profound affect on how we both regard and respect everybody who has served in the military in any capacity,” she said. “We were fortunately at a stage in our lives where we wanted to do something positive, something that we felt would have some kind of lasting effect in a helpful way on military families.”

In 2013, the Fisher House Foundation became interested in building in Charleston, but it builds houses only on federal land, which the VA didn’t have. So the foundation teamed up with Harbour House, which was renamed Fisher House Charleston.

The new, local organization agreed to buy the property if the Fisher House Foundation would pay the $6.8 million to build the house.

Fisher House Charleston raised about $4 million from golf tournaments, events and donors to buy 150 Wentworth St., which it then sold to the federal government for $5 on Oct. 27, according to Charleston County tax records.

Fisher House Charleston’s work isn’t finished; the local group is currently trying to raise an additional $250,000 to renovate a historic carriage house on the back of the property. 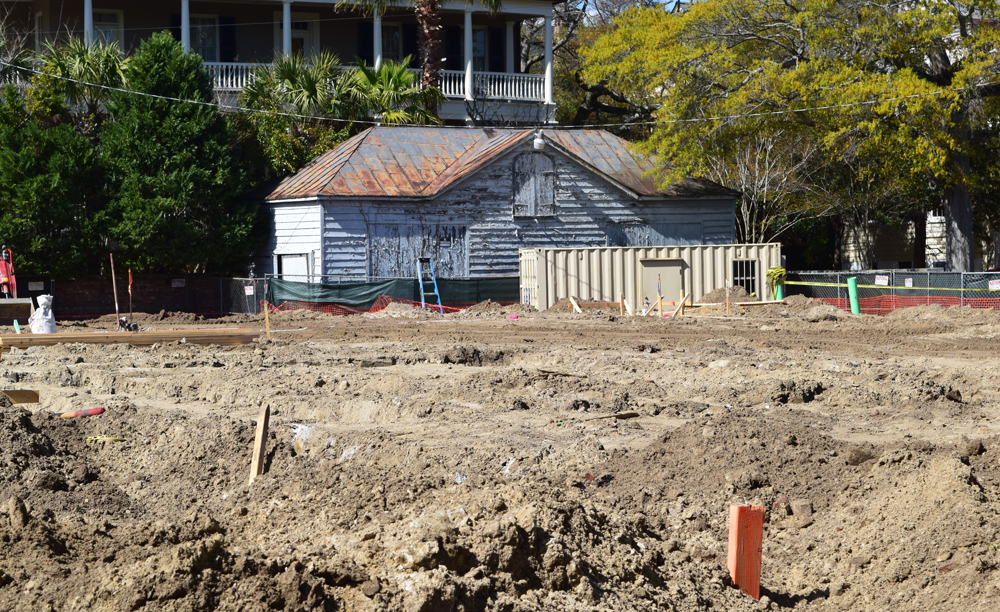 “It is rotting wood that is still standing by some miracle of I’m not sure what because a lot of the boards don’t even meet the ground,” Emerson said. “But because of its age, it’s one of those things in Charleston that you’re not allowed to tear down.”

The group wants to renovate the carriage house, which Emerson said is about the size of a three-car garage, into a retreat for guests of the Fisher House or a meeting space for VA physicians.

Preliminary drawings for the carriage house, created by Mark Regalbuto of general contractor Renew Urban Charleston and Skip Wallace of Charleston-based Island Architects, show a library with a fireplace, kitchenette, powder room and storage space. Plans could change, though, because the project hasn’t yet been through any necessary city approvals.

“It would be wonderful if that could be finished when the (Fisher) House opens for guests,” Emerson said. “But I think in all likelihood it will be finished by early next year.”

This story originally appeared in the April 17, 2017, print edition of the Charleston Regional Business Journal.