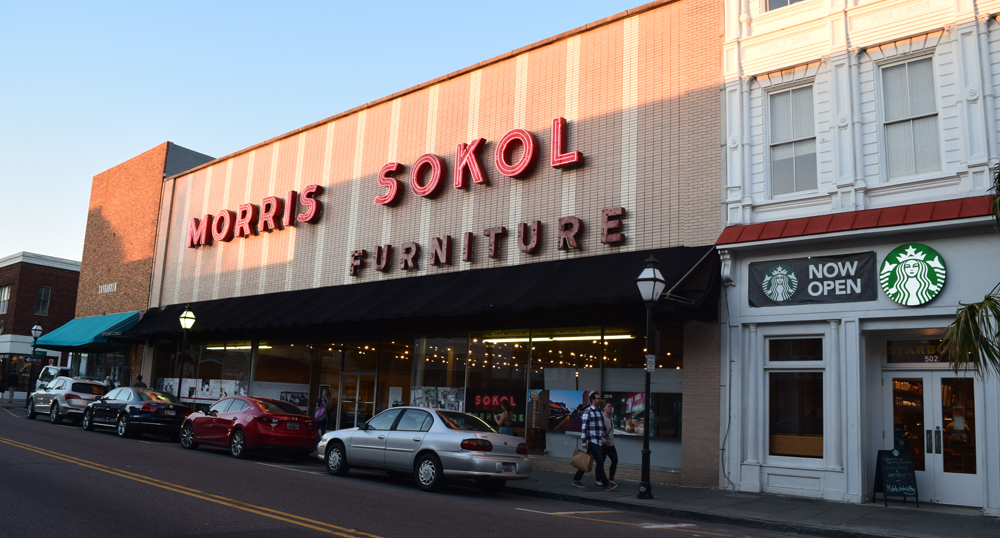 The new owners of the former Morris Sokol furniture store property in downtown Charleston spent last week gathering ideas and feedback from the public to start the process of redeveloping the site.

Store owner Joe Sokol closed the 94-year-old store in 2015. The vacant site at 510 King St. sold for $22.5 million in early 2016 to joint venture group Vanderking 510 LLC, which is made up of Charleston-based investment and development firm Vanderking LLC and Greenwich, Conn.-based Wexford Capital.

Vanderking LLC is managed by Frederick Simon and Michael Shuler, who hosted the weeklong design charrette along with Christian Sottile, an architect with Savannah-based Sottile and Sottile. Designers held open houses and heard from neighborhood associations, city officials, nearby business owners and community members.

“Everything that you are looking at tonight is a draft,” Sottile said Friday as he presented various initial ideas and plans for the site. “Literally, the ink is wet on everything.”

The design team initially worked on redeveloping the property as two sites: The old Morris Sokol showroom fronting King Street and the Morris Sokol warehouse behind it fronting Reid Street; and the store’s parking lot between Woolfe and Reid streets. Early in the charrette, though, they decided to divide the two sites into smaller segments and ended up designing seven different buildings and two terraces within the spaces.

When Sottile presented a draft conceptual master plan of the entire site, plans for the Morris Sokol showroom were still largely up in the air.

“This wasn’t easy; but we’ve been thinking about this, and we don’t have any final answers yet,” Sottile said. “We have options.”

The showroom building — which Sottile said appears more fitting for the suburbs or a shopping mall, not King Street — currently has no windows on the second floor. He suggested removing some of the brick facade on the upper floor and replacing those areas with custom screens or building an entirely new facade above the store’s awning. 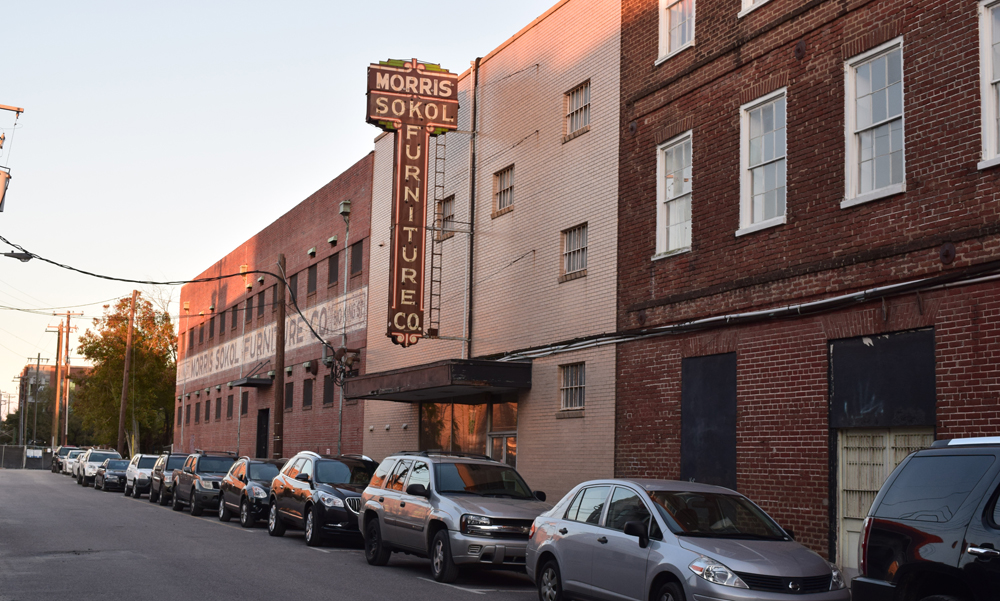 The brick building next door to the showroom, at 514 King St., also doesn’t have upper-floor windows. Sottile suggested restoring that building to its original facade, which had windows and a marble base.

Behind the showroom, down Reid Street, sits a skinny building and then a wide warehouse with “Morris Sokol Furniture Co.” still painted on the side. Sottile and the design team proposed removing the middle building and replacing it with a much taller structure that connects to the warehouse space. He also proposed building an addition above the warehouse and showroom.

“We think that’s a scale that’s more native to Charleston, a scale that we see when we look at the blocks of Charleston,” Sottile said. “They’re made of many smaller buildings that each in its own way has an identity.”

On the block across the street between Reid and Woolfe streets, design work centered on the proposed Lowcountry Low Line, a 1.7-mile, linear park that could run from Cortland Avenue to Woolfe Street along an abandoned railroad track. 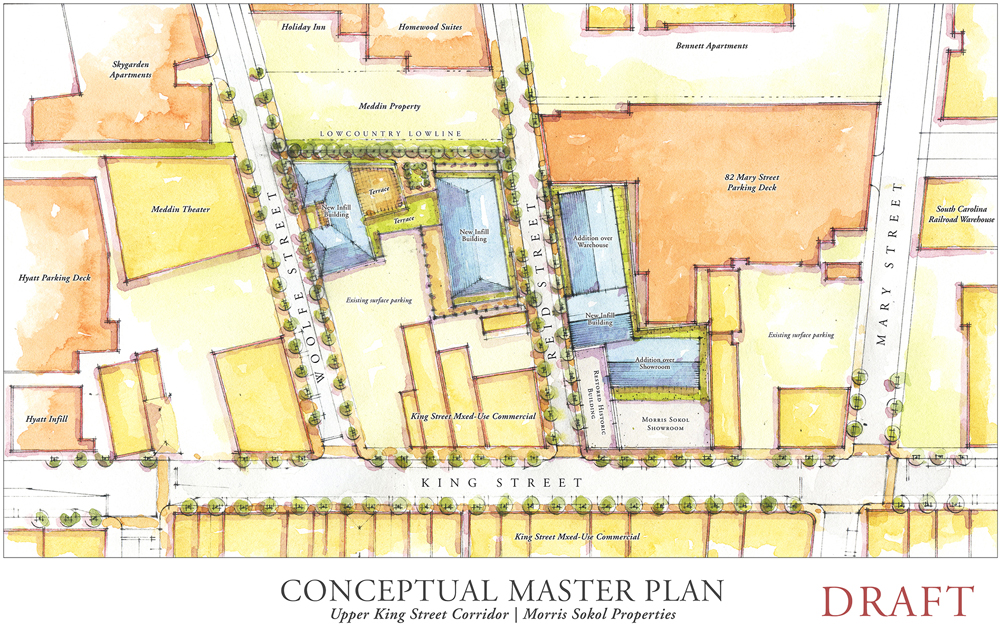 The buildings’ heights, square footages, costs and uses were not discussed. Plans could be finalized and submitted to the city for approval later this year, according to Simon, one of Vanderking LLC’s managers.