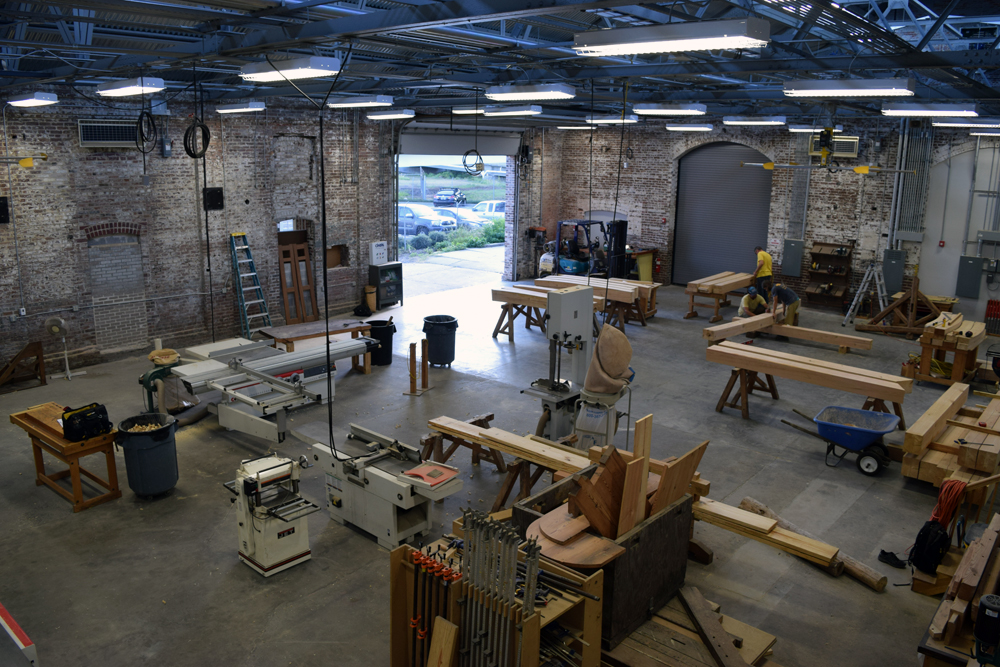 For years, students attending the American College of the Building Arts went to jail when it was time to go to class.

The college owned the Old City Jail on Magazine Street, a place in downtown Charleston that once imprisoned runaway slaves, pirates and murderers.

During the day, students used the space to learn about architectural stone, masonry and plastering, among other building arts. At night, the jail was the site of tours featuring legends about ghosts still roaming the grounds. 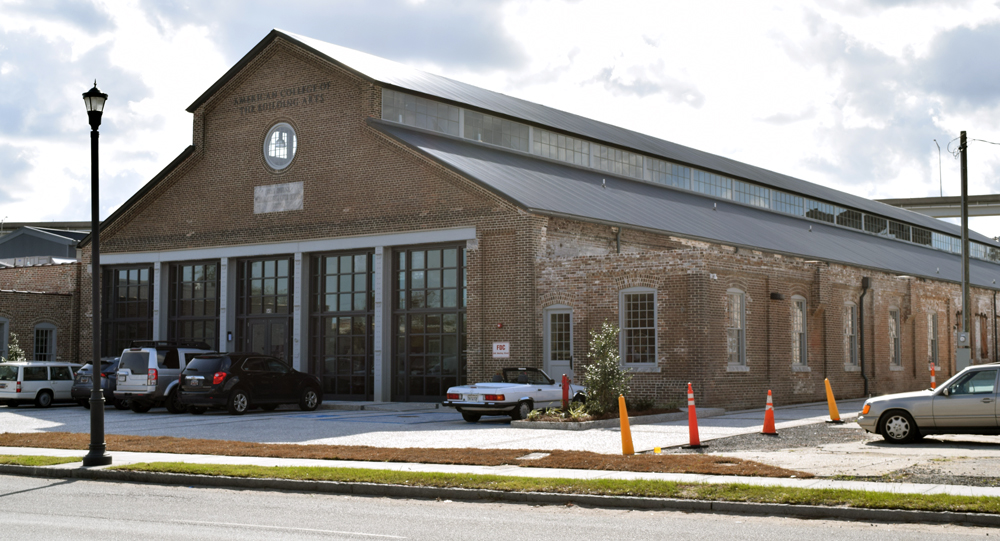 “Many of our current students found the old jail to be charming and full of character,” said Theodore Landsmark, vice president of academic affairs at the college. “But we’re also aware that some prospective students showed up, took a look at the facility and said, ‘I’m not going to go to school in a jail.’”

Student recruitment efforts should be simpler for the college now that it has moved to a newly renovated building that was formerly a trolley barn.

The college purchased the vacant, 24,000-square-foot building at 649 Meeting St. from the city of Charleston in late 2014.

The rundown building, known as the “trolley barn,” was built in 1897 as a garage for public transportation trolleys. Two other buildings were later added to the nearly 2-acre site. When Charleston upgraded from trolleys to buses in 1938, the barn became a depot and maintenance shop, according to research from the college.

It was essentially abandoned in the 1980s and sat vacant for about 30 years before the college began renovating it last year.

“The roof was in a total state of disrepair. In fact, in some places, there was no roof,” said college President Colby Broadwater III, also a retired Army lieutenant general. “Some of the walls were supported by 2-by-8 pieces of timber that the state historic preservation office funded after Hurricane Hugo and subsequent decay of this building.”

It had very few windows left intact and needed remediation from both asbestos and lead.

“The building was basically open to the elements and, even from time to time, had vagrants living in here,” Broadwater said. 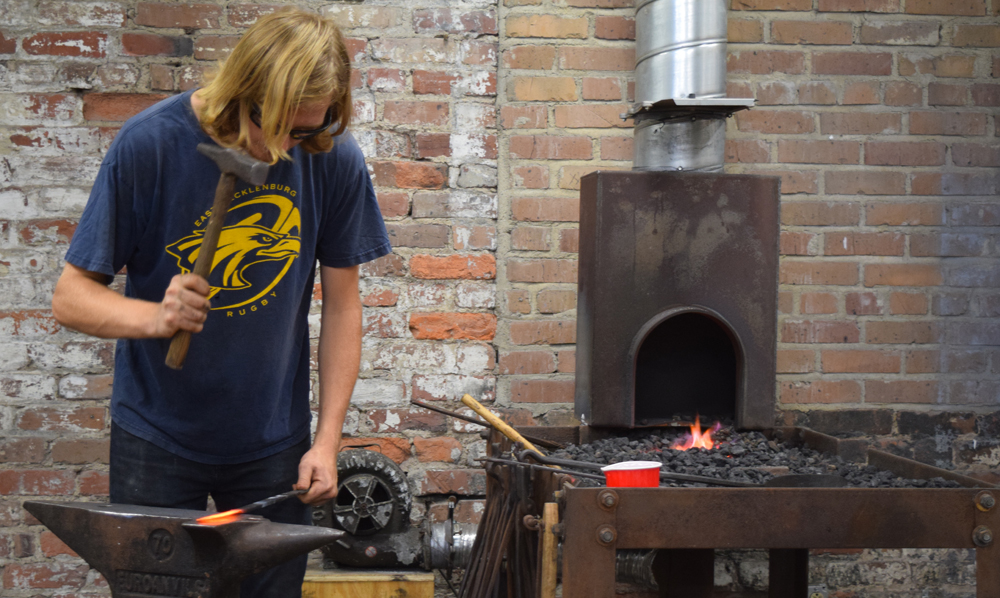 The college renovated the building over the course of a year and a half for $5 million, transforming it from a one-story, open barnlike structure to a three-story college totaling nearly 40,000 square feet.

“We had planned closer to $4 million, but when we got in here and it had some requirements because of the historic nature of the building and things like that, it turned out to be about $5 million,” Broadwater said. “When you divide the number of square feet by $5 million, we’ve got good value on our money per square foot. It’s a great price.”

Parallel Capital LLC, which owns the building next to the trolley barn, gave $1.75 million to the college as a part of the deal to get the neighboring building. The college used that money, plus a $1 million anonymous donation and $750,000 allocated by the state for the renovation of historic buildings, to pay for about 70% of the cost. The remaining was financed through a local bank, said Jay Waddell, vice president of operations and administration.

The college previously had about 9,000 square feet of space in the old jail and an additional 12,000 square feet at a second, leased facility on James Island, Waddell said. The trolley barn has given the college nearly double the space it had before, and the college’s facilities are now all under one roof.

Large spaces for students to learn and practice wood, iron and trowel trades are located on the first floor, along with various classrooms and offices that continue onto the second floor. The library and a computer lab take up the top floor.

“This one has been designed to accommodate the OSHA (Occupational Safety and Health Administration) and other kinds of regulations, and it’s designed to teach. The jail was not designed for any of that,” Broadwater said. “It was obviously designed for other purposes.” 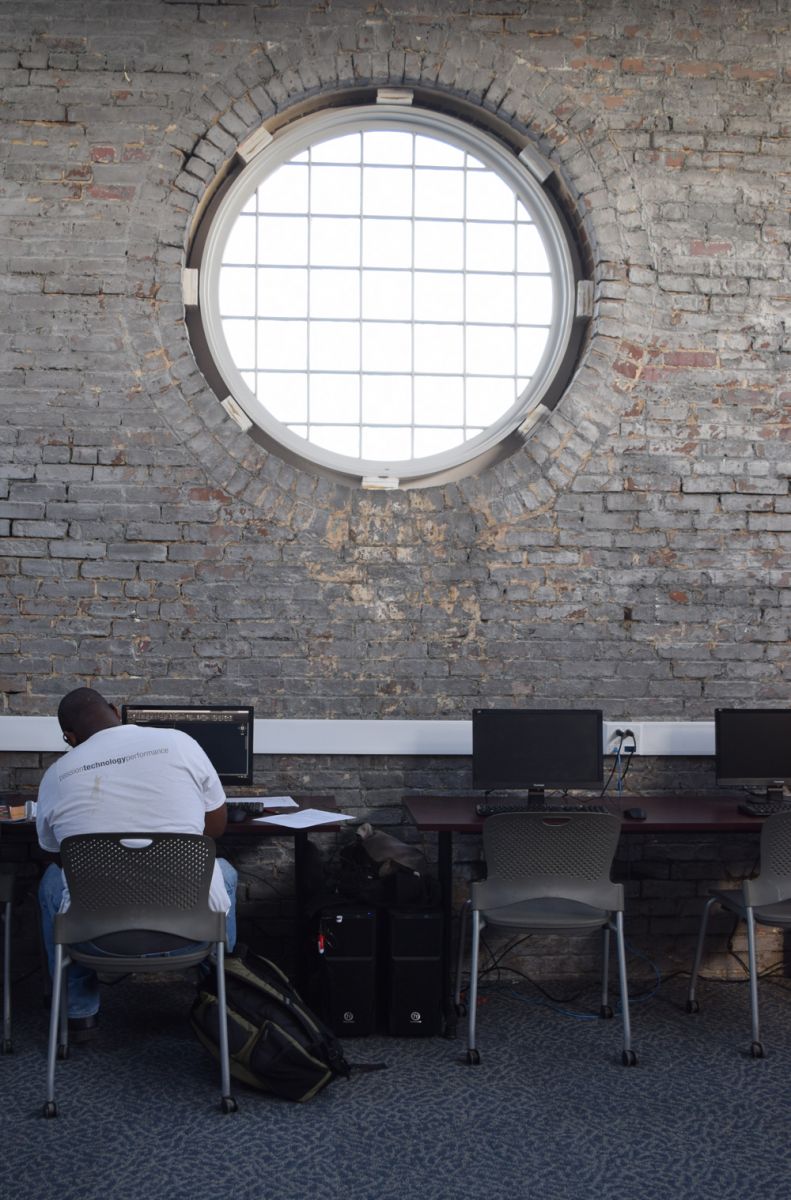 The newly completed building also could be helpful in getting the college accredited. It’s currently licensed only by the state.

Landsmark has attended two training sessions with the Accrediting Commission of Career Schools and Colleges and has started the application process for accreditation. He anticipates the college will be approved in early 2018.

“Accreditation confirms or affirms the institution’s commitment to providing a quality of education and also opens access to federal financial aid, which will enable us to broaden the range of students we can accept,” he said. “Also it enables us to accept international students.”

The college currently has 65 students enrolled, with a goal of increasing that to 180 in the next three to five years, said Lucas Adams, director of admissions and educational services. She said instruction of such hands-on trades requires a low student-to-teacher ratio, so going much higher would require more faculty. The college has 15 faculty, with seven of them in full-time positions, she said.

Enrollment growth might not be limited to adding full-time students, though; Landsmark said the new facility allows the college to start offering short-term and summer programs for part-time students who want to take a class or two but not seek a degree.

“We’ve heard from both individuals who are exploring craft and from individuals who are looking to take specialized courses, particularly in interior design and renovation and in classical interiors and design,” he said. “They would like to have access to our curriculum without having to enroll as a full-time student.”

Landsmark said short-term courses in topics such as painting, color or the use of various tools could be available starting next summer.

This story originally appeared in the Nov. 14, 2016, print edition of the Charleston Regional Business Journal.