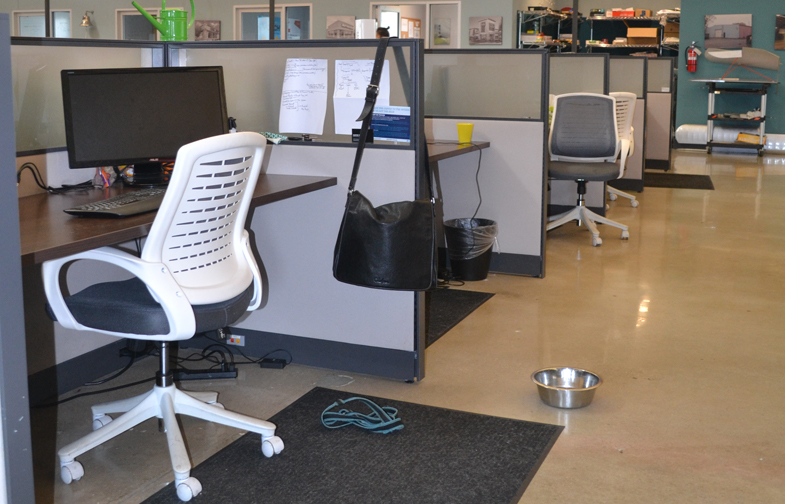 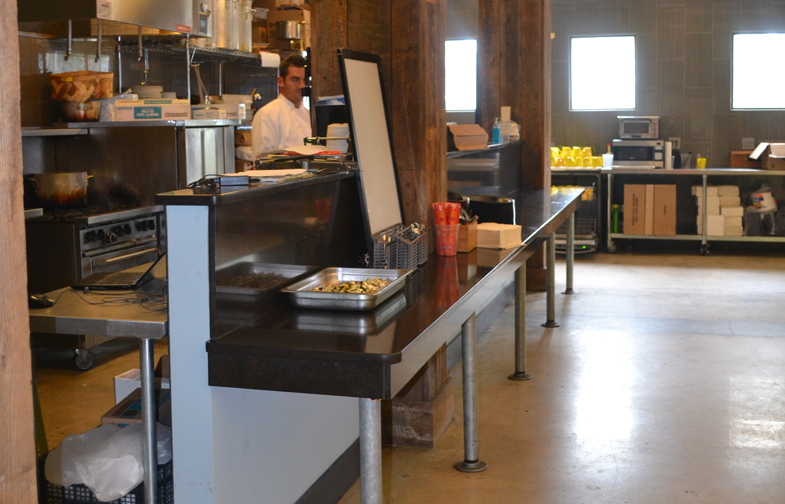 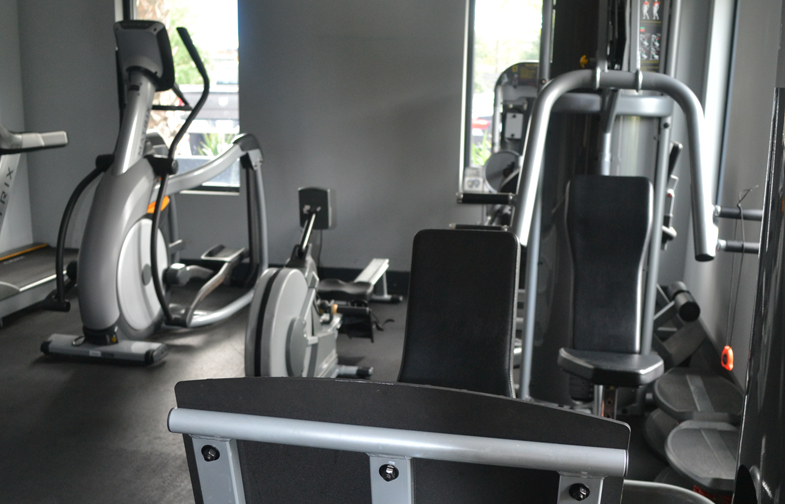 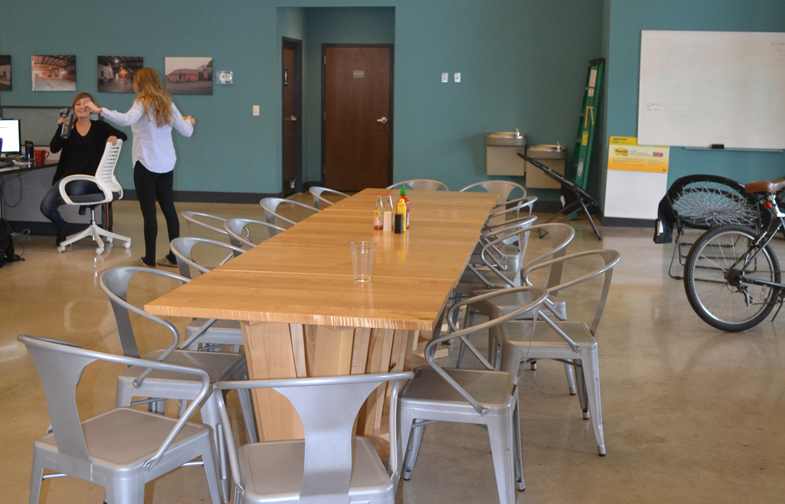 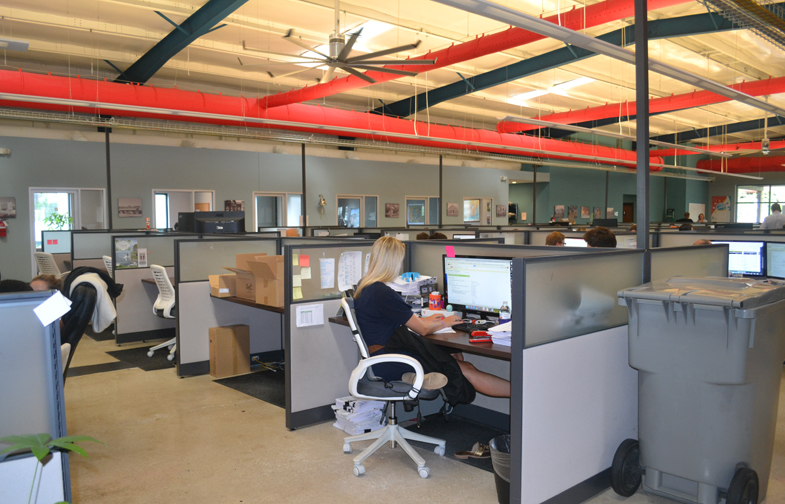 Employees can enjoy lunches, snacks and sometimes breakfast, all made by a private chef at the in-house kitchen.

Employees who work at SIB for five years earn a $50,000 bonus. Framed checks adorn one wall.

Staff can use the company’s on-site gym and partake in personal trainer sessions there. They can also use the Half Mile North’s community dog park and bike share program.

SIB relocated to the Raven Cliff Co.’s Half Mile North development along Morrison Drive in 2013. The site has several offices and restaurants, such as Blue Acorn and Butcher and Bee.

SIB founder and CEO Dan Schneider wanted an open office environment — with few private rooms — and a relaxed atmosphere. Community meetings are held at large, family style picnic tables in the office, as well as on SIB’s patio next to Edmund’s Oast. Dogs run around the office throughout the day.

“We really try to keep it fun,” said Erika Spear, assistant to the CEO. “He (Schneider) is a big kid. I think we all try to live up to that: Take work seriously but try to have fun with it.”

The space has exposed beams, metal chairs and wood posts throughout. Spear describes the office, mostly white and gray with punches of red, as “industrial chic.” SIB occupies much of it, and the remaining space is leased to other Charleston businesses.

SIB’s business model is to reduce fixed, external expenses — such as monthly utility and internet bills — for clients with large facilities or multiple locations, such as corporations, restaurant chains, governmental organizations and health care groups.

Staff members recently applied the SIB process to their own bills, during a “frugal happy hour.” Company experts examined employees’ bills and found ways to save them money.

“If we’re going to do this for everyone else, let’s drink the Kool-Aid and save ourselves some money, too,” Spear said.

This story originally appeared in the Oct. 17, 2016, print edition of the Charleston Regional Business Journal.