Don’t call it an uber tuber — sweet potatoes are roots, after all — but there’s a patented potato growing beneath the soil in North Charleston that’s good for making chips and could be used as an alternative energy source.

CX-1 might not be the sort of brand name that gets you excited about the awesome power of sweet potatoes, but that’s what this ugly root has been named in a patent filed by Janice Ryan-Bohac, a horticulturist at Carolina Advanced Renewable Energy LLC in North Charleston. 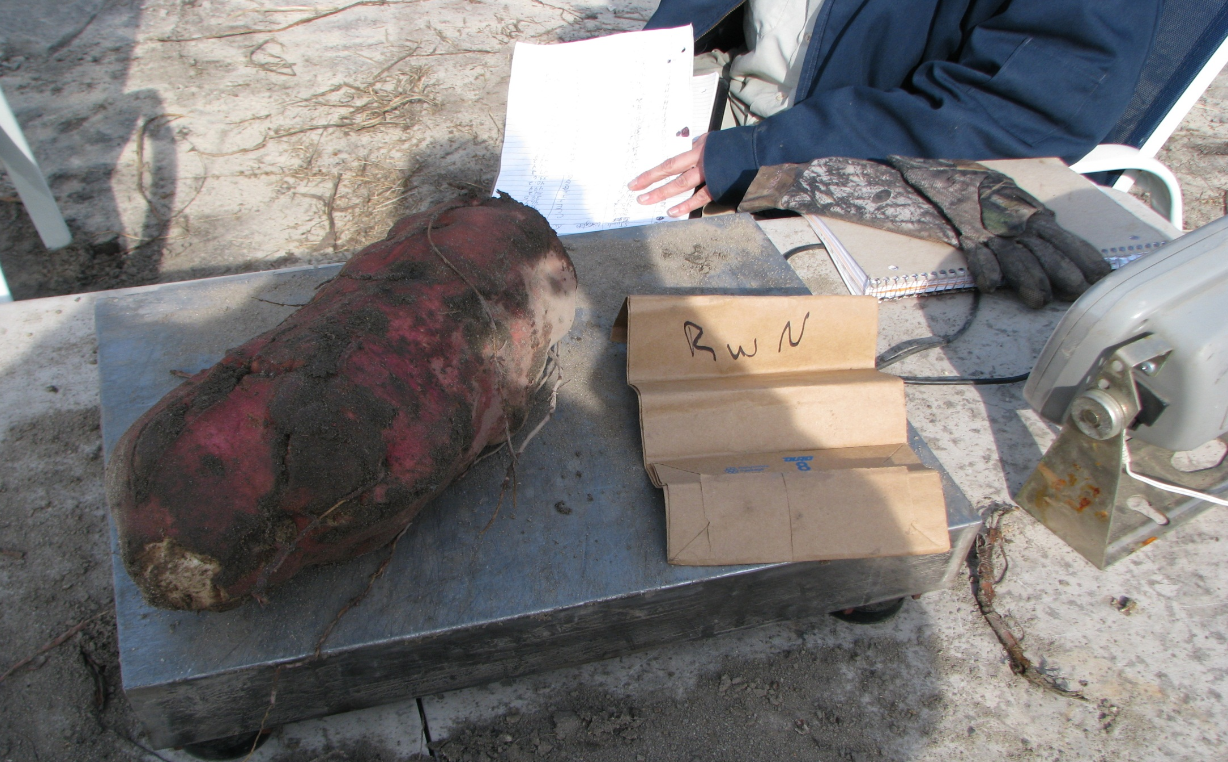 The U.S. Patent and Trademark Office awarded the patent this month for what it calls a mutant sweet potato to Ryan-Bohac. She filed for the patent in November 2009, but these things take time.

In the interim, she’s been doing research with plant biologists at the University of Florida, making appearances on late-night television and looking for money to demonstrate what her potato can do.

“We’re trying to commercialize it. The next step is to build an ethanol plant,” Ryan-Bohac said.

That plant, which will likely cost $10 million to $15 million, would show that the economics work for her potato. Early studies and data filed with the patent office show the promise CX-1 might hold for producing ethanol.

She said the potato is almost entirely carbohydrates, meaning more of it can be used — even for vodka, potato chips, or baby formula. Ryan-Bohac also is working with people who have a chemical process to turn ethanol into jet fuel, something the Boeing Co. has been testing.

She said that a lot of the profits from biofuels are in the byproducts. She said recent forays into cellulose-based ethanol haven’t worked well in the U.S., and the push for biofuels, which seemed strong during the recession, has fallen away.

The push for biofuels has been sidetracked by fuel prices, which have fallen with the success of hydraulic fracking. Ryan-Bohac said that another obstacle has been petrochemical trade groups that want to portray biofuels as a “food or fuel” issue.

Ryan-Bohac said cellulose-based biofuels are costly and do not produce enough fuel to be viable as a source when compared with potatoes. She said it’s all about how plants protect themselves. Getting to the useful part of a potato is much easier than breaking down the woody bark of a product such as switchgrass or other cellulose-based feeder stocks.

“We had a carbon footprint analysis done. We now are doing a preliminary analysis. We have about one-fifth of the carbon footprint of corn,” Ryan-Bohac said. “It’s about what sugar cane is.”

That’s critical in overcoming some of the food vs. fuel criticism, she said. Using corn for fuel can be very costly. Corn doesn’t grow well in every climate and shipping corn and corn byproducts by truck or rail increases the carbon footprint of production, reducing the overall value of producing ethanol to begin with.

“The only thing stopping us right now is money,” Ryan-Bohac said. She plans to start an Indiegogo campaign to help raise enough cash for the 1 million-gallon demonstration plant.

“What this crop does is amazing. Out of 1 acre, this is food, fuel and feed, all out of the same acre. So think about that,” she said.

“The negative on the chips is they’re white, and they’ll soak up a lot less oil. It’s more like a potato than sweet-starchy,” Ryan-Bohac said. “I think the yellow or orange ones have a lot more viability. I just don’t see a potato chip company putting a white chip in competition with their orange ones.”

She said that although the potato might not be competitive as a chip, it could be used as a high-value protein in sports drinks, baby formula and supplemental nutrition products like Ensure. She said it’s versatile, like egg protein, corn or soybeans.

“This is the same kind of crop,” she said. “It’s got so many potential uses.”

This story originally appeared in the Oct. 17, 2016, print edition of the Charleston Regional Business Journal.