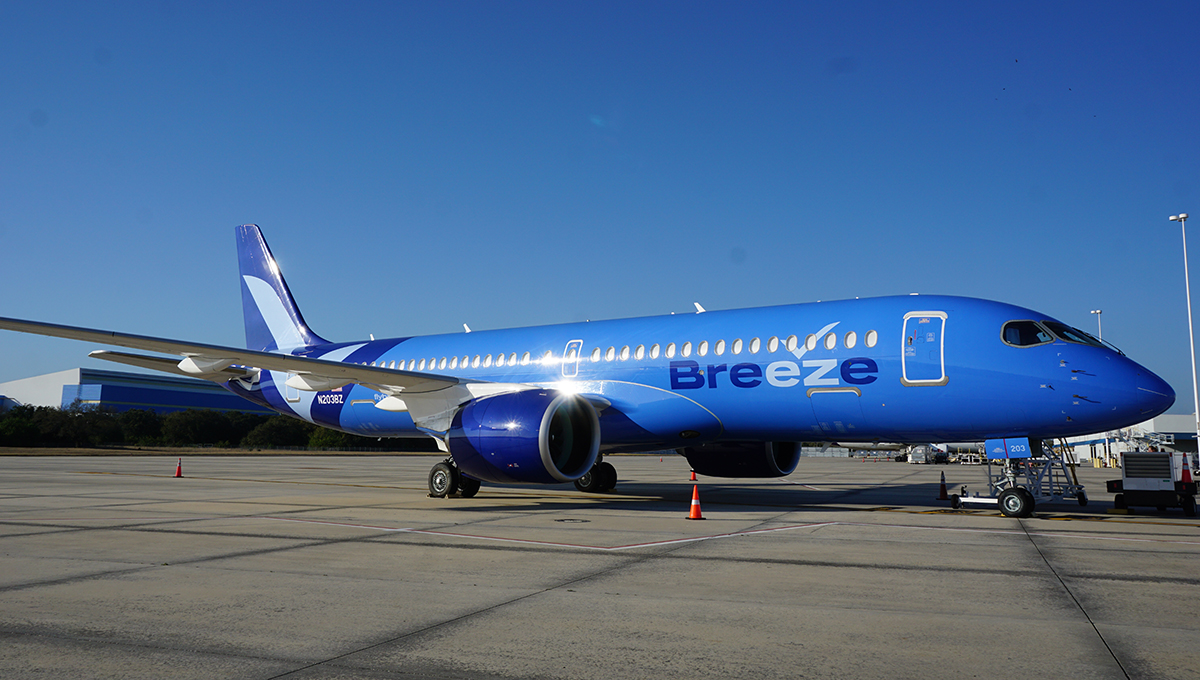 Breeze Airways is adding to its growing connections from Charleston International Airport with four new destinations, including the region’s first direct connection to San Francisco.

“This is a major milestone in delivering low cost, non-stop air service to some of the nation’s most popular West Coast cities,” airport Director and CEO Elliott Summey said. “Charleston is the only airport in South Carolina offering direct service to the West Coast, and Breeze’s new A220 aircraft will offer passengers a unique travel experience.”

Breeze Founder and CEO David Neeleman said the Airbus A220 fleet is a “game-changer” for the airline as it now can add long-haul flights and transcontinental service.

“The Airbus aircraft embodies the Breeze ideal of merging kindness with technology, pairing unrivaled passenger comfort with eco-friendly efficiency,” Neeleman said in a statement. “With the A220, Breeze is giving our guests the widest cabin, highest ceiling, largest windows and biggest overhead stowage in this class, while still managing to burn 25% less fuel, with half the noise footprint of past generations.”

With the new destinations, Breeze’s total cities served from Charleston rises to 17. The airline launched in Charleston in May 2021 with 11 original flights. In December, Breeze added routes to New York’s Long Island MacArthur Airport and Palm Beach International Airport.

Helen Hill, CEO of Charleston’s CVB and chair of the Charleston County Aviation Authority, said the additional routes highlight the region’s tourism industry and the partnership between Breeze Airways and Charleston.

“Today’s announcement reinforces the strength of our regional economy and the Charleston area’s national relevance,” Hill said. “Local residents have shown their eagerness to travel, and we are thrilled to welcome visitors from the West Coast, Vegas, central New York, and southwest Florida.”

Schedules for the four new routes include:

Fares on the new routes start at $39 to $99 one way and are on sale now at flybreeze.com, the airport said in a news release.