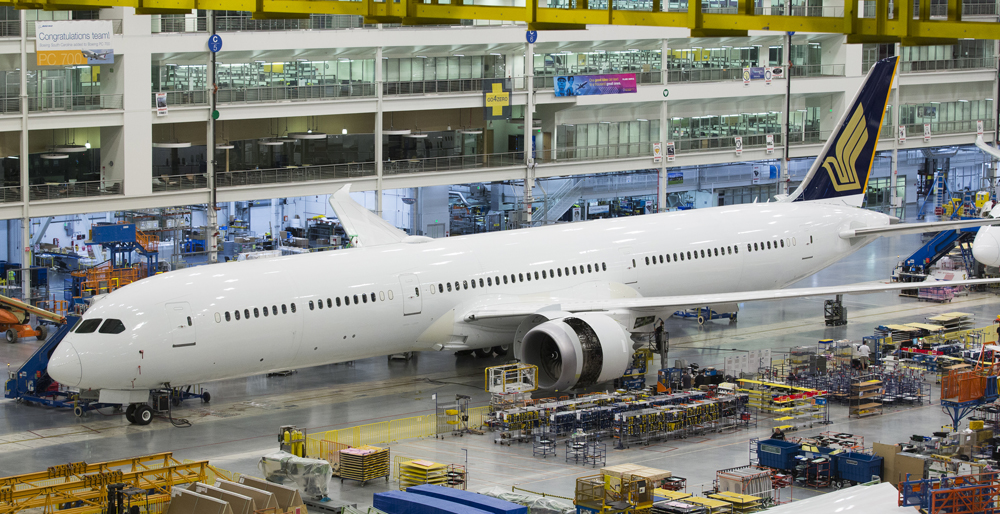 Boeing rolled out the first 787-10 Dreamliner for the plane’s launch customer on Tuesday from its final assembly facility in North Charleston.

The jet is the third derivative in the Dreamliner family — 18 feet longer than the 787-9 — and the only one being produced solely in South Carolina. Final assembly on 787-10s began late last year, with a rollout in February and the first flight in April.

Singapore Airlines, the launch customer of the 787-10, is set to take delivery of that first jet in the first half of next year. Boeing workers will now paint the airline’s livery on the plane and begin checks, fueling and engine runs for the jet.

Singapore Airlines plans to operate the 787-10 jet on medium-haul routes. The airline has 30 airplanes on order with Boeing and has agreed to also purchase 19 additional 787-10s.