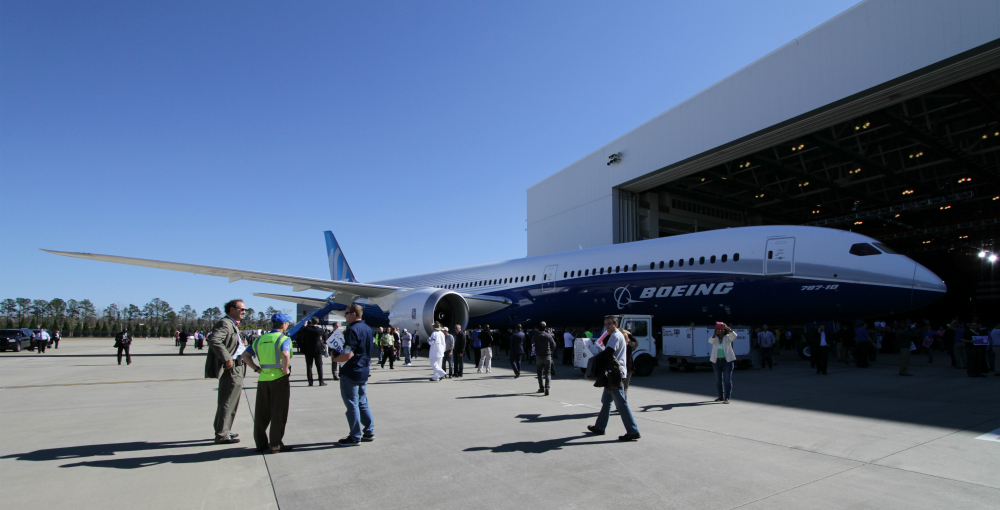 Boeing unveiled the newest and longest Dreamliner jet, the 787-10, at a rollout event today.

“This area here seven years ago was swampland,” Boeing CEO Dennis Muilenburg said during the news conference today at Boeing, where the 787-10 was revealed and President Donald Trump spoke. “Today, after $2 billion worth of investment and partnership in the community, this is a modern aerospace facility building the highest-technology airplanes in the world and adding thousands and thousands of jobs over that time period. This is about manufacturing in the U.S.”

The 787-10 is produced solely in North Charleston, unlike the 787-8 and 787-9, for which production is shared between the North Charleston and Everett, Wash., sites. The 787-10 jet’s midbody is 18 feet longer than the 787-9’s, making it too large to be transported between facilities on the Dreamlifter, the company’s modified 747 jumbo jet.

Boeing officials said workers took lessons learned from 787-8 and 787-9 production and applied them to the last derivative of the Dreamliner family.

The 787-10 shares about 95% design and build commonality with the 787-9, apart from the 787-10’s longer fuselage. The similarities help throughout the build process, and the differences require a stronger wing, fuselage and associated system changes, officials said.

Boeing Dreamliner sites will now produce all three derivatives at a rate of 12 planes per month.

The jet entered final assembly late last year as workers watched the aft-body and midbody sections being rolled into the plant.

The airplane will undergo test flights this year ahead of customer deliveries in 2018.

The company expects the newest and longest Dreamliner to be popular among customers because of its mostly composite base, larger windows, quieter ride and long range, company officials have said.