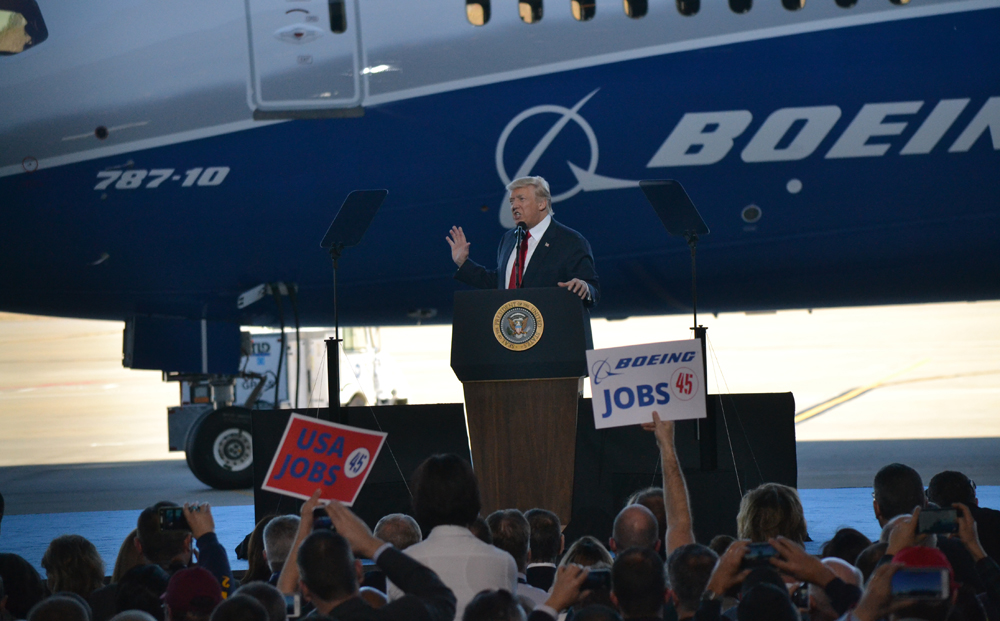 Thousands of people cheered this afternoon as the nearly five-story doors of the final assembly building rolled aside, revealing the long-awaited 787-10 Dreamliner.

The cheers soon turned to chants of “U.S.A.! U.S.A.!” as President Donald Trump took the stage at Boeing South Carolina.

The unveiling of the plane brought Trump for a quick visit to the Lowcountry — his first since becoming president — and served as a platform for him to tout his goals of creating more U.S. jobs and becoming less reliant on global trade and exports.

Trump stood directly in front of the new jet as he talked to S.C. leaders and thousands of Boeing workers who built the plane.

The 787-10 is exclusively built in North Charleston, but it is made of parts from suppliers around the world, including in Asia and Europe.

Trump said he plans to decrease taxation and regulatory burdens placed on U.S. businesses, enforce trade rules and promote U.S. manufacturing. He said jobs throughout the country are “already surging” since he was elected in November.

According to data from the U.S. Bureau of Labor Statistics, the number of unemployed people, at 7.6 million, and the unemployment rate, at 4.8%, were little changed in January compared with December. The number of employed people increased by 227,000 in January, with gains in retail trade, construction, and financial activities.

“As your president, I’m going to do everything I can to unleash the power of the American spirit, and to put our great people back to work. ... We want products made in America, made by American hands,” Trump said.

Boeing S.C. employs some 8,000 people at its Lowcountry facilities. The Chicago-based plane manufacturer has around 150,000 employees across the U.S. and in more than 65 countries. Boeing operates with a global workforce, and the 787-10 Dreamliner is the most outsourced plane the company makes, Boeing has said.

“Pieces will continue to be built around the globe in our supply chain, but the 787-10 will only fly out of North Charleston,” Darrel Larson, the build integration leader for Boeing’s 787-10 program, said during a previous interview. 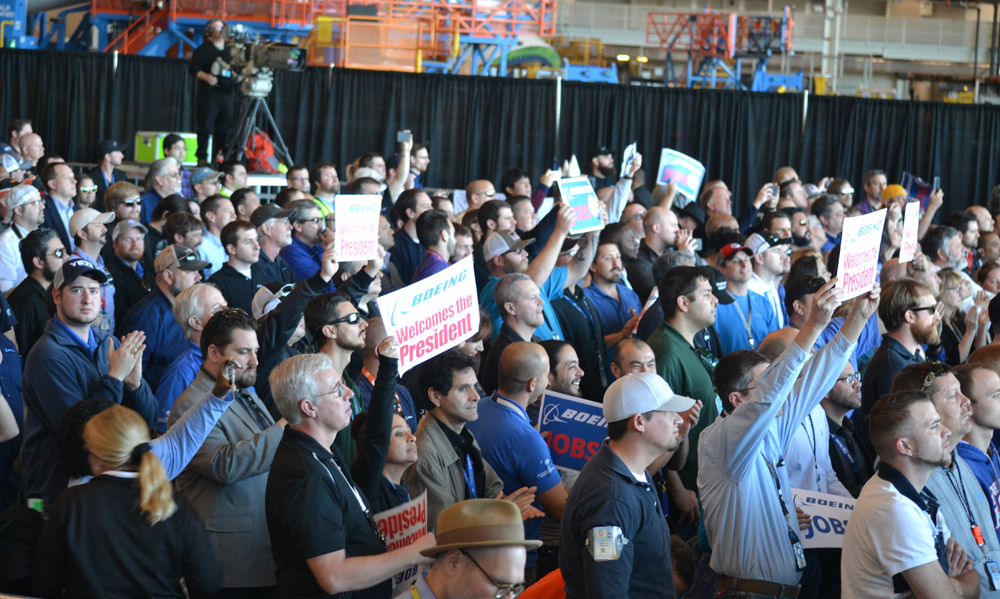 In response to Trump’s comments about keeping manufacturing in the United States, Scott Hamilton, aerospace analyst and editor of Leeham News and Comment, said: “Trump shows once again that he doesn’t know what he is talking about. When he talks about the 787 as an American-made product, doesn’t he know much of the fuselage is made in Italy and the wings in Japan?”

Trump said he wants to make it easier for companies to make goods in the United States, rather than relying on setting up operations overseas.

“We want to make it much easier — it has to be much easier — to manufacture in our country, and much harder to leave. I don’t want companies leaving our country, making their product, selling it back, no tax, no nothing, firing everybody in our country. We’re not letting that happen anymore folks, believe me,” Trump said to loud cheers.

“There will be a very substantial penalty to be paid when they fire their people and move to another country to make their product and think they’re going to sell it back over what will soon be a very, very strong border,” Trump continued.

Boeing Co. has announced layoffs this year amid increasing pressure to cut costs to keep pace with competition. Boeing S.C. gave around 600 workers voluntary layoff offers in January, but it has declined to say how many accepted.

Despite competitive pressures, Boeing’s North Charleston campus has continued to reach major milestones in recent months, throwing off many who doubted the company’s ability to build planes in South Carolina when the announcement was made official in 2009. 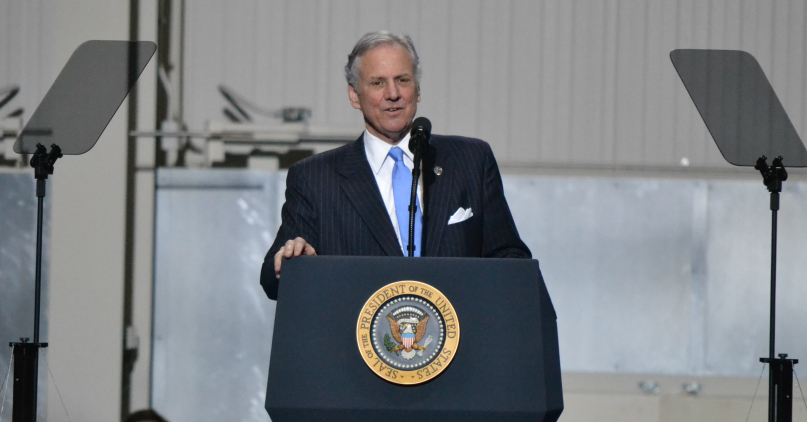 In the past few months, the site has opened an on-site paint facility, overwhelmingly defeated the Machinists union’s attempts to organize the S.C. plant and built the first-ever 787-10 Dreamliner.

The company expects the newest and longest Dreamliner to be popular among customers because of its mostly composite base, larger windows, quieter ride and long range, company officials have said. The airplane has secured 149 orders from nine customers around the world. It will be delivered to airlines in 2018.

“This area here seven years ago was swampland,” Boeing CEO Dennis Muilenburg said during the news conference. “Today, after $2 billion worth of investment and partnership in the community, this is a modern aerospace facility building the highest technology airplanes in the world and adding thousands and thousands of jobs over that time period. This is about manufacturing in the U.S.”

Gov. Henry McMaster, a staunch Trump supporter, called the combination of the 787-10 Dreamliner rollout and Trump's visit to Boeing S.C. possibly “the single best day in the history of South Carolina.” He likened Trump’s presidency to that of President Ronald Reagan’s, saying “he was a great man” who “led us to great prosperity.”

“Together, these great people and this great country and this great president, are going to lead this country to greatness, strength and prosperity,” McMaster said. “We will make America great again, greater than ever before.”