President Donald Trump will fly into North Charleston on Friday to see the rollout of the first 787-10 Dreamliner at Boeing South Carolina.

Trump is scheduled to speak at the event, which is from 12:30 to 1:30 p.m. and is not open to the public, according to a media advisory from Boeing. No details have been released about the topic of his speech. 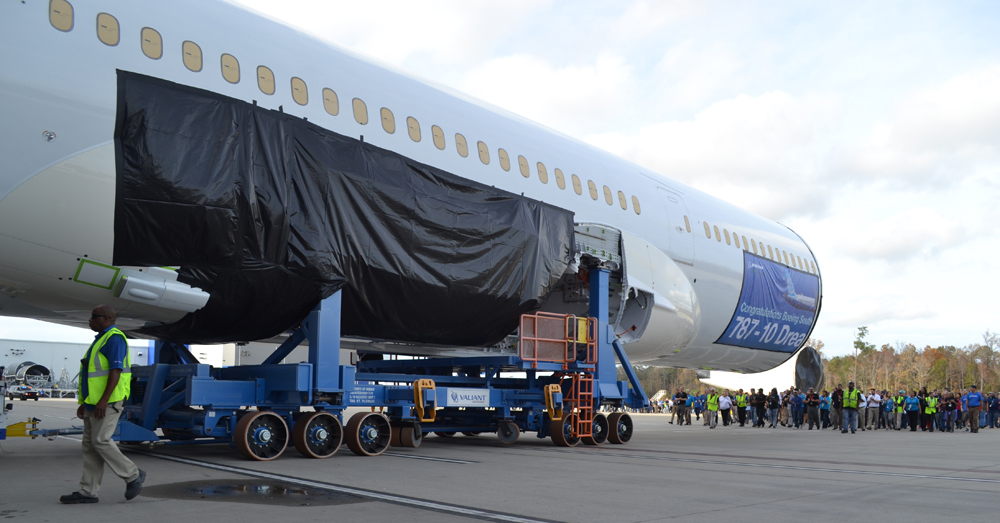 Trump has been at odds with Boeing Co. during his campaign and since being elected. He made comments that the company’s addition of a plant in China could take away from its S.C. presence, and he complained about the cost of Boeing’s Air Force One jets.

The Dreamliner rollout could be a chance for Trump to tout the aerospace company’s S.C. operations and 8,000 employees as a platform for creating more jobs and increasing U.S. manufacturing.

The results of Wednesday night’s unionization election — in which 74% of voters rejected representation by the International Association of Machinists and Aerospace Workers — could also be a focus for the president and for the other speakers.

The 787-10 entered final assembly late last year. Flight testing will begin this year, and the jets are expected to be delivered to airline customers in 2018.

The company has secured 149 orders for the 787-10 from nine customers around the world, the company said.

“It is great to have this vote behind us as we come together to celebrate that event,” said Joan Robinson-Berry, vice president and general manager of Boeing S.C., in a news release following the union vote.