An aeronautical university with about 30,000 traditional and online students has opened a small campus in North Charleston with the hope of recruiting Boeing S.C. employees to further their educations.

Embry-Riddle Aeronautical University opened a 3,000-square-foot, three-classroom campus at 7301 Rivers Ave., across from the Target shopping center, in North Charleston on Tuesday. Classes will begin there on March 20. 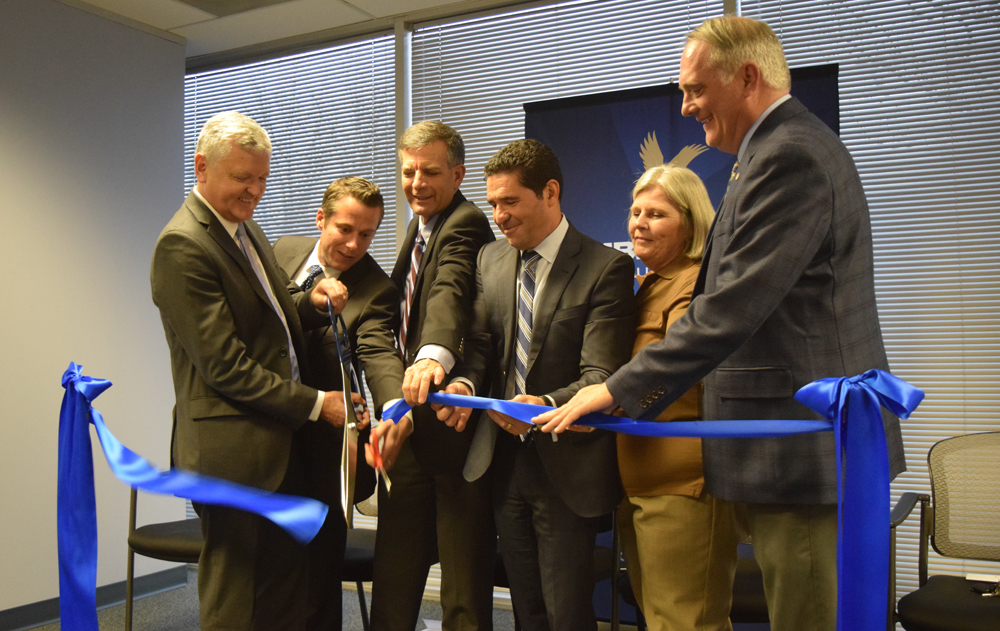 In the early 1990s, Embry-Riddle opened a campus on Joint Base Charleston. That campus now has about 250 students and caters mostly to active and retired military personnel, said Neil Keifer, director of the newest campus.

The North Charleston campus is designed to give more access and options to the civilian population, including Boeing S.C. workers and Trident Technical College students who want to pursue a four-year degree after completing their associate degree, Keifer said.

The campus will offer bachelor’s degrees in aeronautics, aviation maintenance and technical management, in addition to a master’s degree in aeronautics. So far, one student has been admitted and registered. Keifer said he expects to start with a dozen students in the first semester and to quickly grow to about 300 or 400 students.

“If we’ve got 7,500 Boeing employees, I would want 10% of them to be Embry-Riddle students,” he said. “Obviously, that’s just an arbitrary number, but we want as many students as we can get.”

The demand for commercial transport airplanes is estimated to be 38,000 over the next 20 years, and Mooney predicted that the need for a skilled workforce to make those planes will be tremendous.

“There is a demand for talent in these fields, whether it’s designing, building, maintaining, operating, having a part in the airlines — there’s a tremendous amount of demand for talent, so we appreciate all that Embry-Riddle is doing to help support that pipeline,” Mooney said.

Embry-Riddle’s master’s degree in aeronautics is expected to be offered at the Lowcountry Graduate Center, pending approval from the S.C. Commission on Higher Education, director Nancy Muller said.

“The Lowcountry Graduate Center and Embry-Riddle have conducted discussions in recent months and years regarding academic programs, but have not made any commitments, nor established any firm timelines for any particular offerings or plans," Muller said in an emailed statement.